I doubt anyone will read this or if you do, that you'll like it, but this is a short story that I wrote in less than half an hour and I was hoping maybe some of you out there could tell me what you thought of it.

Luke and the Gray… Continue

Nahum
1:11 From you came one
who plotted evil against the LORD,
a worthless counselor.

v.9 asks, "What do you [plural] plot against the LORD?" Here, Nahum uses "you" [feminine singular] in the Hebrew which means he's speaking directly to the Assyrian capital city, Nineveh*. The "one who plotted evil" and the "worthless counselor" is a…
Continue

Is It Bad To Take It Slow With a Book?

I'm the type of guy who likes to read books. Unfortuneatly, I'm the type that reads the book really slow. Now, I'm not talking about reading the pages slow. I'm talking about reading the entire book and taking it slow overall. So I'm wondering, is it bad to take it slow with a book or novel?
Here are a list of books I have started reading, but I took a long break from them and I just don't get the motivation to finish reading them or reading it more. The list is: The Way Of…
Continue

It's still Thanksgiving break and I'm trying to convince my teenage daughter just because it’s a holiday break doesn't mean she has to vegetate in the bed like a statue or pet rock..... I think I'm losing the battle. It's like 3pm and after breakfast and lunch....She finally decides…

Ok, I use a lot of slang when I type, and I shall post it all here. When I come across another slang term I use that someone doesn't know, I will add it to the list :D

brb - Be Right Back; It means I am leaving, and I will be back in a minute-five minutes
hb - Hurry Back; It means someone else is leaving and I'm telling them to hurry back…
Continue

The theme in this verse is still the destruction/complete end (v. 9) of the Assyrians. Nahum uses great imagery in this single verse to describe how the Assyrians will be wiped out.

Well, I have some sad news... As of October, 25th, 2010, my father
passed away. I still haven't quite grasped the concept that he is no
longer here, but I assume one day it will hit me. So don't look at me
weird if I am chipper one minute, then bawling the next.

*I am ADHD
*I am OCD (Mainly with numbers.)
*I have depression

All three of those have been diagnosed, so I am not just assuming. When I
could afford therapy, there was talk… Continue

Borrows a book from the library and when you read it, you begin to smell an odor from the book? It's not a terrible odor either, it's like a perfume kind of smell. (Kind of like a grandma's house odor.)

This has happened to me a lot and every time it does, I think "I wonder who borrowed this book before...". Then I spend about 5 minutes thinking about it.

Maybe it's just me but it's sure has stopped me from finishing books.

Okay, so I've really been slacking lately. I need to confess that I haven't been spending adequate time with God like I should. Anyway, I hope to get the DAILY devos up and running smoothly again.

I would absolutely LOVE it if you checked out my Deviant Art, and I'd love you even more if you gave me some feedback!
http://lethal-apple.deviantart.com/

Turkey Gravy and Pies ....Oh My

Thanksgiving for me is always a suprise
My cooking skills...well needs help (I won't lie)
The Turkey is waiting to fry or not fry
If I bake it too long it'll be bone dry

Blog No.3 (The Case of the Back Stabbing Teacher)

So, it's a been a while since I last posted a rant here, and the silence seems to have gone un-noticecd, maybe because nobody reads these, but regardless, here comes another, and this one is a real pain in the ass, let me tell you.

So, what's my beef with this teacher? Well it's quite simple. I know that my one music teacher in school doesn't like me, she doesn't even try to hide it, she is very rude about my work, regardless of how good it is, and always critisises my attitude towards… Continue

Nahum
1:9 What do you plot against the LORD?
He will make a complete end;
trouble will not rise up a second time.

This verse is speaking directly and personally to Nineveh/the Assyrians living there. "Plot" speaks of computing or devising. "Against" is referring to motion or direction, not necessarily physical, of hostile character. So,…
Continue

So we humans got it all figured out....Time, Space, Lifespans......
We labeled time but did we really create it????
I wonder if God is a practical joker and this is just one of his many experimental test planets (Planet Bob)
He's seeing how long it takes for us to get it right or totally screw things up. And we are nothing but human shaped guinea pigs stuffed in a revolving cosmic goldfish bowl??? I'm luvin' the goldfish bowl… 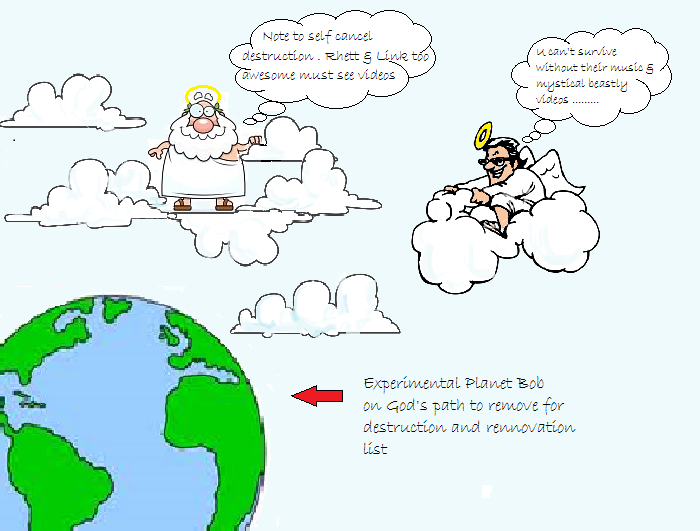 Story with pictures!
So I was walking back to my dorm, when I got an email, alerting me to a package arrival! I went to pick up the package and then came to work where I opened it!… 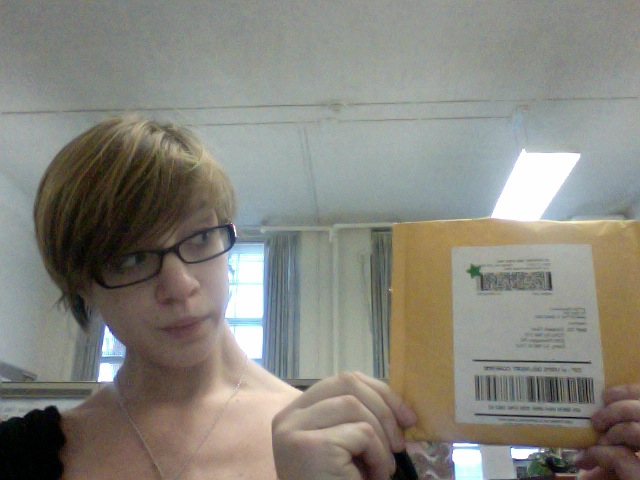 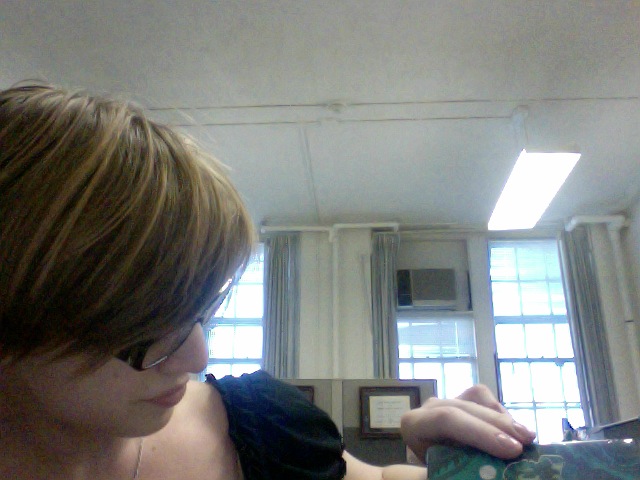 What movies can learn from games

I am not really a gamer.

I am a game watcher. Yes, I have played through several games, and actively play an MMO, but I do not find that I fit under the gamer tag. This is because I enjoy watching other people play. The…

Am I awake Yet (Aaaahh Caffiene) Poetry


There’s a lump in the bed


I drag to awaken…

Today has been awesome my brothers and I got to buy Mario Kart yesterday, and we have beaten most of the game . My little brother Noah(AKA)Blockhead was (we were playing a math game) very mad that he didn't get good roll . So I thought I'd make little frowning faces to make even more angry (What a great brother am I) and then my dad came downstairs and told Noah that it's so easy to any him that I (me) could make mad just buy putting my finger on my face, so I did and he was so mad that ever…

I awoke atop amorphous gumdrops that formed a non-saline sea, syncronized my watch and then was beaten to death by other dead people for being a twat.