Oh, hai everyone. (as Tommy Wiseau)

Sorry, I had to. Anyway, had enough of me up on the front page? Too bad, you're getting more. xd

Halloween is coming up tomorrow, and I LOVE Halloween. If there was a way to love it more, I would. I love dressing up, the specials, the candy, the movies.. everything.

It started when I was little. My entire family loved it, especially my Meme. She was.. is.. an old lady, creepy and into witches and magic. I used to believe she was a…

Hi! My name is Candace. I live in Long valley, South Dakota. My family owns a ranch and a farm, so a lot of stuff happens. well, not really. If you look up Long Valley on Google maps, check out how small it is. Yeah....Anyways, the only way I found out about Rhett and Link is when I visited my cousins in California and they told me about them. I fell in love with their videos, and when we got back to our ranch, my dad finally bought a computer. I have been obsessed with their videos, and…

you tell me i don't get the joke

but does it just mean that i am

i don't find it very funny.

a shoulder to cry on

even though I know you'll only break me in the end

and every time i overdose

and you kill me

i always come back to you again.

This is from mah momma.

“Oh my poor Mathilde. But mine was a fake.Why, at most it was worth five hundred Francs!”…

I don't have an embed code but this is the link to the Clip of the Day which is my little guys! Still pinching myself that they made it on GMA!

This blog has nothing to do with school. Just came up with a random title.

I remember when I went to the pier once when I was about 6. There was a fish flopping on the deck, and I watched it. After a while, it stopped, and pretty much exploded in blood. That image scarred me for life, and I still remember it. I belive that that memory is the cause of my irrational fear for fish. I don't want a pet fish, I don't like eating fish if it still has a face on it, and whenever I go to the…

So, in college, I have to write a paper. About a commercial. Fellow mythical beasts, what comes to your mind when someone awesome commercials are discussed? Rhett and Link's crazy local commercials, of course! Naturally, that was my conclusion as well. My instructor wasn't to keen on my choice of The Red House commercial, but I ignored her warnings and wrote my paper.

The assignment was to write a rhetorical analysis of the commercial, which is a fancy way of saying I had to dissect… 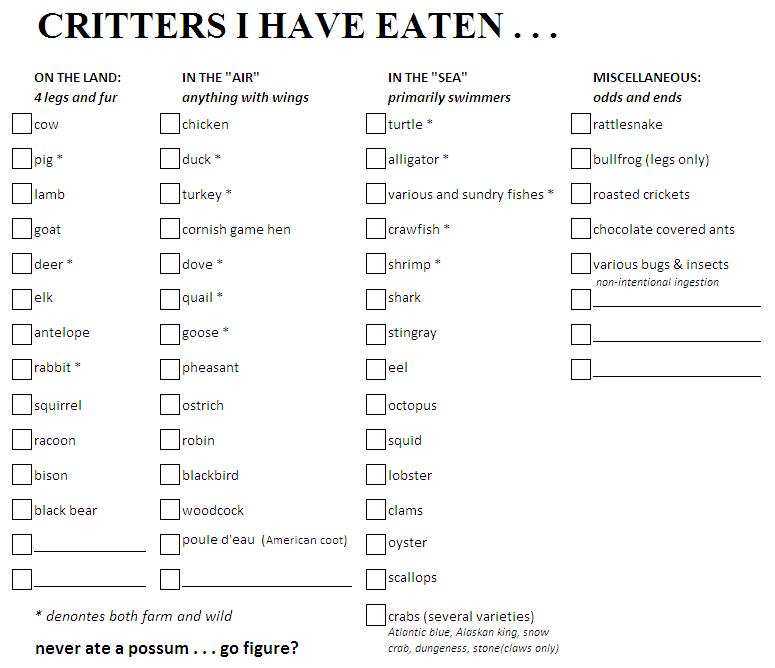 You people and your, "Oh Real Life is way better than the internet! Stop messing around with that thing and find fleshy beings to interact with!"

Great! Let me go right ahead and do that...

Y'know, when people actually like me. Because they don't. Not in Real Life, anyways.

Apparently I lost my senses for a bit and just picked an actual mythical beast, already in existence, instead of making my own.   So here is what I am going to do: I am going to combine the two mythical beasts I talked about in my last (well, my first) post. The beast is a combination of the Asrai water-mermaid fairy and the Abatwa little ant riding people, and it shall be called . . . . the "Asraibatwa".

Wow I feel like this is such a significant moment. In the infancy of my membership I am taking the giant step of choosing my mythical beast. There are so many fantastically awesome beasts - its hard to choose one.

Here are my top two and their descriptions, at the end of this post I will say which one I chose and why.

you guys should run in a race while eating marshmellos

you guys should run in a race while eating marshmellos  Continue

I have a YouTube channel and well, a TV show contacted me because I had a video that was doing well and they wanted to interview me. Too cool! I was so excited! Got to do the interview via Skype for Right This Minute. Check it out!

I am a girl who enjoys makeup, shopping, clothes, etc. I also like video games and writing and reading for fun. Some refer to me as a gamer chick. To me, I am just a nerd.

My crazy blonde friend introduced me to Rhett and Link, and I became a stupid Link fan girl. I fall in love with every other guy I see: Jacob the werewolf, Justin Bieber, Marth from Fire Emblem, Link from the Legend of Zelda series, Link from Rhett and Link, a few guys at my school, and always a random guy from the…