My Head! It Hurts!

Why? Because I went on Speed Slide at Raging Waters on Bugs Bunny's 71st birthday [they don't call it Speed Slide for nothing], and I bonked my head. No wonder Speed Slide was listed as Aggressive! Plus, later, on that same day, I slipped in the bathroom! Ow for someone my age!

In the movie "Who Framed Roger Rabbit?", Mickey Mouse and Bugs Bunny appear in the same scene.

Hey Im Creating An Independent Film and I need Funding and Hype!

Hey Im Creating An Independent Film and I need Funding and Hype!

Plese check out this link for an AWESOME video and a discrition about the films ad tell everybody about it :)

K-Mod Southern cops have a way with words!

I don't make these up folks. Just passing along the laughs . . . These are actual comments made by South Carolina Troopers that were taken off their car videos:


1. "You know, stop lights don't come any redder than the one you…

I mean you have NO idea.. or maybe those of you who waited for their shoes probably know how I am feeling right now.

I, Shanelka Barboan, ordered the mythical shoes 1 something in the morning.

A couple of smart fellas or a couple of fart smellers?

I was surfing shows on my tv and came across your show.  Great stuff. Very clever. I am posting with an interest in learning how a small businesses can apply to be one of your next projects.  I own a moving company in Detroit, Michigan.  I will leave out the name for fear of this appearing to be a shamless plug.  However the Detroit moving market is ripe for a memorable and inspiring commercial about a moving company.


"All My Tomorrows" and "Can't Help Falling in Love Without You" by Stop Motion Poetry.

I just wanted to get some promotion going on. The drummer is a good friend of mine, and I think they deserve a lot more attention! They have such…

Ok, took some time, far too long to be more precise.

(this includes downloading and installing for IE and…

Okay this wont be like my usual rambling about my day, I am going to be talking about the subject of being an international beast, outside of the USA.

Its difficult for us seeing as everything from Rhett and Link is based in America, and I know that cant really be helped but the one thing that has been annoying me recently I cant watch Rhett and Link: Commercial Kings. I along with everyone else have been excited about the chance to see rhett and link in their own TV show, the only…

Wow, that was unexpected. What a warm reception, that just makes my little heart feel all fuzzy like a tribble. Thanks for the cool comments, I'll definitely be running around here some.

So here I am feeling a little weird about being involved in the inerwebs for the first time in a long time. The last time I was truly interactive in anything was when I was 13 on Gaia Online. Yeah. But anyway, now I must tell you of my mythical beast name.

When I was a wee tot living in the…

My Nicknames for Mythical Beasts

Apparently I am good at giving nicknames, I have givin them to lots of mythical beasts and I am going to name them right now.  If you would like an origional nickname from me, just ask and I'm sure I can find one that fits you perfectly.

Another Dream?! Oh my goodness!

Sooo, in this dream, my sister Teresa and I were with Rhett and Link, but I'm not sure where we were.  I decided to cut my hair.  I cut it really short, but I guess it looked good. Then I proceeded to cut Link's hair.  I have no experience cutting hair, but Link still looked good and I looked good, so I guess I'm a natural.  Teresa started to cut Rhett's hair, which was all ready styled its usual way, and I told her to stop after she was done with the sides of his head.  I was like, "If you cut… Continue

Hahaha it's like, late at night and I'm pretty tired, but here we go. I am Cassandra. I would give you my nickname but it'd just be mispronounced and I would get frustrated so just call me Cassandra. I live close to the middle of nowhere, but I like it that way. Why am I here? Well, a few months ago my little sister started seeing his guy who is named after a geological phenomena, and we were watching youtube videos one day. He is a lover of rap, so he showed us the epic rap battle, along…

I didnt post yesterday because you would have been bored to death, because I only went shopping, and it would have gone along the lines of 'I tried on a lot of clothes...'.

Anyway I did get a pair of shoes on recommendation from my friends and I brought them home (they were only like 15 euros so not much) and I tried them on there to show my mum, as you do, and I am quite tall for my age, I'm 1m 84 or something, and for you people who dont use meters as I do, Im about 5ft 11inches,…

I have just realized this is just like an online diary, and that means following my history of diaries, I will keep this up for a week, maybe a month, and just like that I will suddenly stop. Well thats what usually happens.

Anyway today I decided to use the last of my purple hair dye, its only semi permanent so nothing could go too wrong, I only wanted to dye the front of my hair, the fringe and the parts which frame my face. So I sectioned it and tied the unwanted stuff out of the…

Well the plan is to go to this large night club in a town about an hour away, but being only 16 I have to get an 18 to sign the forms for me and my 2 friends to get in. Now the plan was for the 6th…

Not sure about this

Okay so this is my first ever blog post in history, I was told it would  be beneficial but I am still unsure about that.

I am going to say what I am doing at the moment because if I read over this myself sometimes I might wonder why I was doing this, and I have a habit of reading over my own old stuff because I want to know what I was doing, any way back to what I am going to say, Im babysitting for some twins on my street and they have finally gone to sleep, so I am now…

Where Are Rhett And Link In Each Of Their Videos?

They are riding the  car accross the screen. 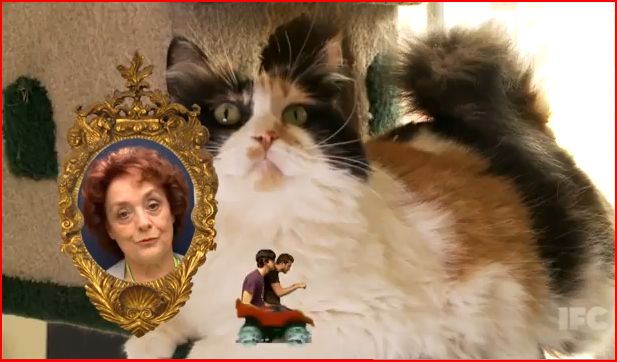 Rhett and Link are cleaning up after dogs.…