Uh, Um and sigh: A post of my non-posty-ness.

Sigh: I'm back where I started.

It is interesting to me that in most cases it takes a death to revive a life, that it takes pain to remind of pleasure, and that it takes loss to show what is had. We go through life so wrapped up in trivial matters, that we take the most important things for granted. Don't we realize that our breath is not our own? Can't we see that we are living not on our own time? It frustrates me that I only stop to re-evaluate my life when I'm met with devastating situations.…

September
By Flittermay Feather
We all dread a day of destruction, a day when we all lose friends and family, a day when bodies line the streets, a day called the Apocalypse. Unfortunately this unexpected day arrived to the great land of Equestria, an event that even the holders of the elements of harmony could not stop. This event killed millions of ponies, and there are few survivors. But there is one survivor, who is in search of how this happened for he does not remember what…

I hope no one gets offended by this or anything, but I was thinking of a place for the Time Rangerers to go....

NOW, I don't know how many of you would like the idea, but I think it would be a funny place for the Rhett and Link puppets to have to survive in. 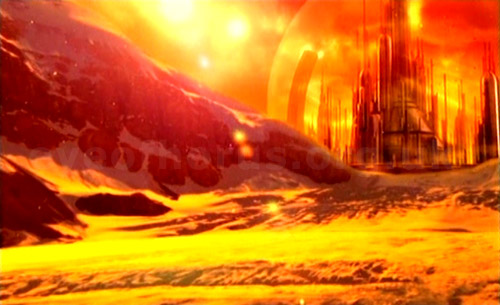 the time rangers need to go to gallifrey!!!

One of the most famous Mythical Beasts in history is probably unicorn. I have to say that I am hand cuffed for life to a unicorn. The unicorn i´m handcuffed to is named Whylie. It is a midnight unicorn which means it is black with a black horn that has silver stars on it. She has also got stars on her hooves and she would like to meet another unicorn that is also handcuffed for life to a human. She loves to microwave marshmellows in microwaves so they become extra fluffy and gooey. A big fan…

Okay I do not understand Thursdays. Why do they have to be before Friday which is before the weekend? To me Thursdays are like those kids in school who barley move when your trying to get to class. Thursdays just stand around and gossip about stuff no one really cares about. Everyone just wants to get to Fridays because they are the easiest day because you just think about what you'll do over the weekend. Maybe you'll see a movie or listen to music or something like that. I guess Monday…

Now all Mythical Beasts can play Jeopardy!: The Rhett & Link edition that was sent to Rhett & Link by Rachel (nezulupantro).  Click here to watch it in the Thursday Means Mail episode.…

Ninth Blog: Muses to the Puppetmaster

Your words are puppets. They dance before my eyes and mimick the movements of your body.
I've always been afraid of puppets, the way they twist and bend and hide what is inside.

Your words are the roots of a rosebush. They puncture and strangle, manipulating the soil that is my perception.
I've always hated roses, the way they wither and die despite honor and care.

Your words are ice. They turn cold those that draw near, and melt when exposed.
I've always… Continue

Trying to get R and L tv show on my tv, need help

I really wanna watch Rhett and link commercial kings on my dish tv. But I can't find IFC on my tv. Any advice?

Just sent out a video response to one of Rhett and links videos. I really hope they get it. I love YouTube!

The article is about The Collective and several of their business clients which now include Rhett and Link. Attached is a copy of that article from the Bloomberg BusinessWeek website for your reading enjoyment.

The Rhett and Link song Hoover Dam first appeared on the album Secret Songs (which does not appear on R&L’s iTunes discography, but the song Hoover Dam appears on the Up to this Point album). There were more popular songs on the album, such as the Crayon Colors Song, but none (save one, which will be discussed…

Yay
Lol I don't know what to say

I saw a crow

in the middle of the road,

hopping and skipping and jumping.

A car drove by,

but all that it did was nothing.

A little unaware, it's

so I figured I'd trudge

The Kirin or Qilin is my mythical beast name that I chose at random mostly because I liked the name, but honestly it ended up being a pretty cool creature!

I linked the name of the beast to the wiki page so feel free to read about it. I know i'm going to do some serious wiki search of the mythical beasts people here at the kommunity have picked!