There has been near fist fights through out are family . People always change sides but we need a reliable sturdy source. The meat of the potato is are " Mermaids " ( or Mermen ) real.

Let you live this.

I gave up on my dreams. Well, frankly they shattered right before me. It feels as if my all has been ripped away from me, leaving only me and my worthless thoughts. I want to live each day as an adventure, but that is impossible. I will make new dreams, but they also will be shattered in their own turn. I will continue to go on, but eventually I will become weak. I will make something of myself, if I can. I'm not sure what tomorrow may bring, but I will accept it with a happy heart, because…

Hi, my name is Rick I'm from Zion,Illinois.My favorite sport is Football but basketball is not to far behind considering I'm way better at it than football.My hobbies consist of searching NFL.com and NBA.com before signing into Facebook and waiting for my friends to knock on my door.Other than that my favorite shows are Psych- the not so much Psychic detective. Love it. And of course the Mythical show. My life is basically described in the beginning of the graduation song.(Except the fact…

I love watching the show and all your songs you create, ya'll are hilarious! And really appreciate that your humor is appropriate and something that anyone can watch:) You guys will for sure go down with the greats.

What Do You Order at Starbuck? - CALLING a Mythical Show Contest Winner #6 (KOMMUNITY EXCLUSIVE)

Rhett & Link tracked down the  Mythical Show Contest Winner #5 and announce Winner #6! Email contest@rhettandlink.com and show us how you promoted the Mythical Show to win a personal phone call and a T-Shirt! There will be one winner for every week of the show! 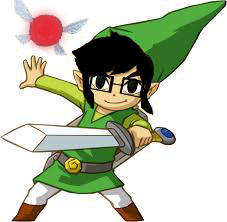 Link i just gotta say if you greased your hair back, took your glasses off, put on a white t-shirt with a plaid shirt over it unbuttoned you would look just like sodapop curtis from the outsiders (please try this and post it on the show :D i'm a huge fan yet i just found out about your show today 5-29-13)

In Flanders fields the poppies blow
Between the crosses, row on row,
That mark our place; and in the sky
The larks, still bravely singing, fly
Scarce heard amid the guns below.

We are the Dead. Short days ago
We lived, felt dawn, saw sunset glow,
Loved and were loved, and now we lie…

Drag this link to your bookmarks bar to replace epic, awesome, cool, great, good, and fun to mythical and add a bar at the bottom of the screen with info about the mythical show. Make it Mythical if it doesen't work, get it directly sent to you by emailing support@runmyserver.com

Why do people protect things?

Why do we as human beings feel the desire to protect things? Or, better yet, what makes something worth protecting? We guard and protect things that are near and dear to us, such as a favorite shirt, pair of shoes, or really any item. But what about intangible things like our hearts? Are we that afraid of falling in love, or someone falling in love with us? Why do we hold on to the one thing that if we just let go of, would bring us the greatest happiness and joy. We guard, protect, and hold…

Love is a Battlefield

Me and my best friend, and fellow mythical beast, just heard "Love is a Battlefield" on the radio and had a magical epiphany that you guys doing a cover of that song would be the best thing ever to occur on this planet!! :D

I have numerous questions but my top two are 1: I am very worried that GMM season 4 wont start up and it is part of my daily routine please bring it back and 2: Please continue the Mythical Mail Boulder for season 4 of GMM if you are doing it because I have a comic and inside the comic the is something I want you guys to put on it. Thank you,  Farewell, and have a nice day.

Rhett & Link talked to the Mom of the lucky Mythical Show Contest Winner #5. Email contest@rhettandlink.com and show us how you promoted the Mythical Show to win a personal phone call and a T-Shirt! There will be one winner for every week of the show!

There was once a cat... named main.
one day, Main was doing its usual daily deeds of a talking cat
when it suddenly was killed at 7:36 PM

A question he had been asked, it had killed them. A question that he, nor anyone else could answer. "Do Rhett and Link ever come on here??"

WHAT IS THE BEST SONG THEYVE DONE?

Computers are more than just televisions that let you buy stamps. Your keyboard is a gateway to a number of convenient commands to create, edit and share your documents. A real computer-head should be able to name all of the following:

Do you know what it is like to give someone you entire heart and not expect anything but love in return, and not get it. I fell in love;I am in love. He cannot see my tears, he cannot see the pain I face without him. He seems as if he doesn't care, and leaves me alone to endure the world by myself without hand to hold, or a heart to love. Do not trust the heart, do not trust yourself. Trust in what is true, truth.

So, I wasn't originally planning to make a promotion video to submit to the Mythical Show promo contest because I thought (if I were to win) talking to Rhett and Link on the phone would be super intimidating and scary XD

But then I thought...what if I overcame my fear of talking to them on the phone at the same time that I was promoting the mythical show!?

I dialed random numbers and talked to complete strangers, telling them all…

Hello fellow mythical beasts I would just like to say that rhett and link are amazing!!!!!!!

Hello fellow mythical beasts I would just like to say that rhett and link are amazing!!!!!!!

Two lucky Beasts got a call from Rhett & Link for promoting The Mythical Show this week! Email contest@rhettandlink.com and show us how you promoted the Mythical Show to win a call and a T-Shirt! There will be one winner for every week of the show!