IF ANYONE WOULD LIKE TO WRITE A SUPER CUTE COMIC WITH ME I WOULD BE VERY HAPPY TO SPEAK WITH YOU AND i WILL ONE DAY PAY YOU BACK FOR IT SOMEHOW. I DON’T KNOW.

Anyways~ I’ve been a fan of this really great web series called GMM (Good Mythical Morning) with Rhett & Link. This is honestly one of my favorite channels. Well A while ago they made a video about a Man who discovered how to never “eat” again but still live. and it was pretty funky. but they talked about/ or pretty much…

The best song ever!!!

One of my favorite melodies is, and always will be, “The Thursday mail song!” It brings a warm and happy feeling to my heart that I have never known before. I would just like to say that I would be forever grateful if you would both make this an official full length song. I listen to it daily to lift my spirits and motivate me, especially in the unpredictable days of this amazing modern technological era. I…

I'm bored let's see what I come up with.

Once a long long time ago... <--reference sort of

in a field made of field making stuff.

Live family of potatoes. <--Live i am not going to change it

Hey Guys I am John I will be changen my name a lot so just call me what you want. Chian Kinian, John, Jang Michain, Cool dude lol. If you want me to make you a drawing just tell me!

What happened to The Mythical Mail Boulder

Okay so I've been wondering what happened to The Mythical Mail Boulder. I know they stopped adding stuff to it but I really want to know if they kept it. This has almost been keeping me up at night wondering this.

Hi I am new

Hello nice to meet you other mythical beast in the world and Rhett and Link if you see this. Hello come be freinds with me I do not bite.

Admit it....this was THE BEST Tokyo EVER!! 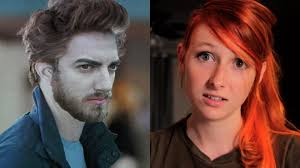 I just wanted to raise awareness about the 2015 Mythicon coming soon!

There are several places where they will be taken place and clink on the attached link for more information.…

First off I'll acknowledge that I am WAAAAAY older than the typical Mythical Beast.  That said, I'm a huge fan of R&L and haven't missed an episode of GMM and even used to regularly watch the RhettandLinKast show before GMCL.  So with that confession behind me I though I'd share a couple photos for this weekend's serendipitous Rhett and Link pilgrimage. 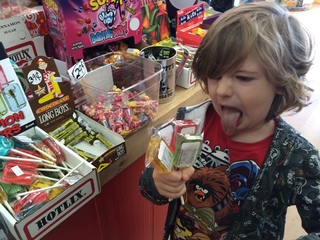 Hey Mythical Beasts! I am starting to get really into drawing! So what i want you all to do is post comments on a drawing you want me to draw! I'm wanting them all to be like mini cartoons. You can tell me what the characters are supposed to be doing and I will draw it! Thx!

Hey mythical beasts :) I just wanted to tell you about this really cool twitter fan account-thingy for all of the Mythical Beasts out there. It is called @_MythicalBeasts. I follow them and they post things about GMM, so I hope you can too! The link is right here: https://twitter.com/_MythicalBeasts

And thank you for welcoming me to the community :) I really should have done this a long time ago :)

The Rhett and Link project

So a mythical beast on tumblr had this awesome idea called 'The Rhett and Link project'. I wanted to share it on the kommunity since they asked for it in their post and yeah... why not? So anyway, I'll just copy and paste their post here so y'all know about their idea.

okay so i think we can all agree that rhett and link have made a significant impact in our lives. they’ve helped us cope with issues, made us happy, made us laugh. they provide us with…

I LOVE good mythical morning! I always watch it even when I started to watch it I watched other videos from before because I LOVED it so much!

I LOVE good mythical morning! I always watch it even when I started to watch it I watched other videos from before because I LOVED it so much!

I'm fairly new to the Kommunity, but i had an idea! What if there is a 'Rhett and Link day' where if you have a GMM shirt, you wear it, and it starts discussions and creates new friendships?

or be a 4-sided regular polygon

with all sides equal…

I am the princess of the guinea pigs (guinea-princess). I didn't want to sound like an average fan; writing about how much I love the show. But there is not really much else to write. I have joined this kommunity because I am a massive fan of Rhett and Link. I watch Good Mythical Morning every morning that I can and I love their songs (they're so funny). I have listened to…