What page I am on and when I first kommitted to be a part of the Rhett and Link Kommunity.

What was your first encounter with Rhett and Link?
Mine was when i was looking up about facebook and their video on youtube came up. I believe this was… Continue

I've been watching Rhett and Link since I was 2 years old. WAIT WHAT!?!? That would mean I was only 6 years old...No I started watching them when I was 11. On youtube back in 2006. But anyway! I love those two random guys. But my whole reason I posted this is because I want to learn about YOU. No not you, the one behind you, to the left. (To the left to the left, everything you own in the box to the…

I can totally imagine Rhett and Link singing the Numa Numa song... that would be awesome, no?

Thanks to Rhett and Link - the Kommunity Toolbar Some time ago, during one of their regular webkasts last year, Rhett and Link shared about the Kommunity Toolbar.

It's been around awhile, and as you know - the guys have been extraordinarily busy - who can blame them right? They deserve all the work they can get - and then some.

I'm rather encouraged today, as the banner is now up on the Kommunity main page. Let's just say, very cool.

By using the Banner, you:
Continue


Happy Father's Day to all the mythical dads. Any dad raising their kids on Rhett & Link is doing something right in my book.

Are you going to VidCon? Let JoJo know here.

The biggest buzz around the Kommunity right now? The Mythical Shoe. Go to the… Continue

Totally nonrelated to the kommunity, but still available for those of the kommunity to read and respond to, I have decided to post this little blog.

Today I was thinking about movies and how they have the romantic films where people are embarrased through the purpose of comedy. The first common trend that came to mind was when one walks in on the other who is not fully clothed in one way or the other. My train of thoughts then led me to ponder - what if this were applied to…

Rhett and Link should do this video in true redneck style

I've been thinking for some time, that there should be a redneck version of this old viral video.


but, what ya'll… Continue

If I Had Three Wishes...

I was recently asked what I would do with three wishes and I couldn't wish for more wishes. After spending many hours in uffish thought over such a question, I have compiled my list of three wishes:

1. To get published every time I wrote something I wanted published. Think about it. As a writer, published books gets a little extra spending money, no? Plus you can get your blood, sweat, and tears (well, not LITERALLY, but FIGURATIVELY, ok?) out into the world where they can be enjoyed… Continue 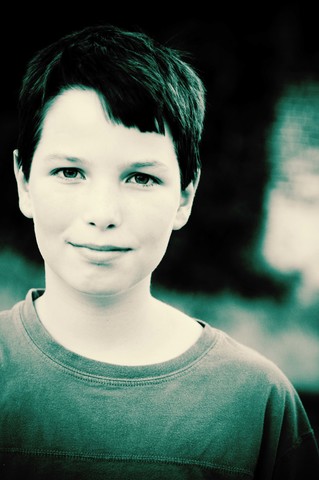 BEASTING at being a beast

OK this is my blog about being a best and my everyday live of being a beast. Weather thats by a fps or a normal beast it doesnt matter just im always a beast >.< so ya hope you enjoy my blog

What's with all the shameless self promotion?

Well, fellow mythical beasts, it's official: I am the new artist for the Webcomic "Remedy" written by the talented Robert Tracy. It's about a Gulf War vet turned vigilante and his partner, a crimefighting nuclear powered cat. I am super psyched to be working on the project and invite all of my fellow beasts to check us out every Monday, Wednesday, and Friday starting Monday, June 7th... you can find us at www.remedialcomics.com (oh, and don't worry...… Continue

Am I the Dragon, or the Little man running from it? Sometimes I wonder why I decided to use 'Dragon' as my beastly name. Am I a bit old school?

Fact is, I've always enjoyed the stories of dragons, even as a child. The stories of how they breathe fire, have tough steel like skin, and how many can soar on their wings and fly anywhere they want.… 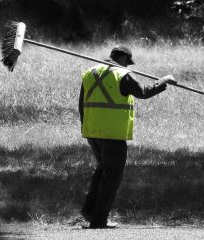