I want to have fun but I need more ideas. Give some suggestions can't think of anything off the top of my head. Wanna know what you did and what I should do. I've been on a wave runner in Haiti, and climbing a waterfall in Jamaica.

I thought that becoming apart of the community would be easy. everyone is welcoming but how to post and move around is a little difficult. A noob in need of assistance.

I need some help Mythical Beasts!

Hi Mythical Beasts. I have been accepted into leadership camp this June. I will get to be a member of the rec. staff. The rec. staff leads the games, prepares the meals, and helps run the overall camp. I feel that this 3 week camp will help me get closer to God as well as further developing the leadership and servant qualities essential for my calling to ministry. I still need $285 to be able to attend this camp. I…

Hello Fellow Mythical Beast this is my first blog So Rhett and Link announced that there will be a new Show the first question will be:

What is the Title?

So guys Write down In the comments on what you think will be the Next shows Title! n__n

I called the number given in the refrigerator video, and was super nervous as I am not good with words. I wonder if they are going to use the calls for a follow up similar to the rub some bacon on it calls.

I am a HUGE dubstep, techno, screamo, and classical music fan, so when on GMM they made NEW music genres, I was so ecstatic! Seriously, it's PURE genius, why has no one thought of these things before? WHY? And people say spending to much time on Youtube will rot your brain... I learn something new every time I watch GMM, because I know that there are still music genres to be created, so thank you Rhett and Link for the absolute genius that is combining music genres. GENIUS.

my expectations for komm

Hello everyone! Well, I am finally finished with undergrad at Mount Union. I still have a long way to go before I can get my Master's degree. I have majored in psychology and minored in music, specifically vocal performance. I am so glad to be gone from Mount Union and now my husband and I are moving on to the next journey in our life. We are planning on moving away from the harsh weather in northeast…

What is with the chat thing at the bottom right????

I'm new here, and am trying to start a conversation. Anyone watch "Arrow"?

Hey guys, This is my first post here on the R&L Kommunity! I'm going to post a piece of music I made. My soundcloud links haven't been working lately, but hopefully they will now! Check it out! This is a remake of The Good Mythical Morning intro from Rhett and Link's daily internet talk show "Good Mythical Morning" in electronic form. This was super fun to make, I will probably add on to this later!

I hope Rhett and…

It was the 9th of July, and there was a strong wind outside. Lola, Britany, Tiffany and April were having a sleepover at Lola’s house. Her parents were on vacation and Lola’s little brother was at her grandparents’ house. They decided to watch a scary movie to make the night more interesting. They were pretty creeped out, but they laughed about it because they didn’t want to show each other they were scared. We should stay up all night and see who can stay awake the…

How did i found out about GMM?

Well... i was in bed looking for some funny videos on youtube like pranks, challenges etc.. stuff like that for my own entertainment because it was a boring night so i was about to give up when in the suggestions i saw something the caught my eyes, it was the GMM 346 episode The Strangent Candy on Earth so i click on it and i watch it instantly i fell in love with the show  and subscribe, i spend the hole night watching GMM and i did not…

I think Rhett and Link should make a list of everything on the mythical boulder. 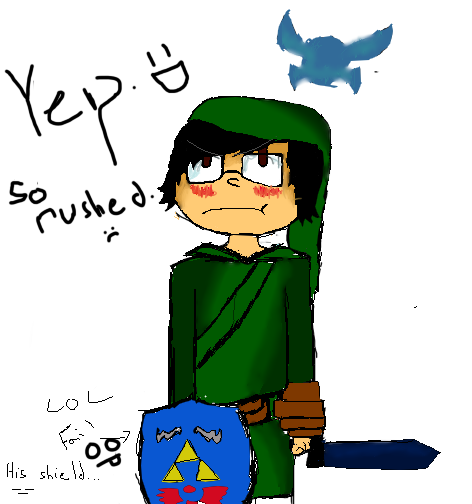