Me and my friend have created the mythical beast..... THE UNIEONRUION!

A mix between a unicorn, dragon, pheonix, and a squirrel.

We may be Mythical beasts happily living in our natural habitat  kommunity- but as Mythical Beasts we should go out into the real world and show the unfortunate souls of this world that there is a better life - make GMM a part of their daily routine to be happy.

I for one will make sure that every month I should have a set goal of creating 2 new mythical beast . . . quality over quantity right?  as Mythical beasts it is our duty, and I for one have recognized it, and will be loyal to…

When i was 8 years old i was diagnostic with ADEM acute desmanated Ensefalomiloites i had lost my ability to walk talk and think for myself when i was 13 i relapsed and it was comforted that  it was that i had M.S. Mutipal i had to go  to physical therapy and it was a challenge for me at 16  i was in remission and now i am 20 now and have not had a relapse

One thing that I love about GMM is that there is always something that Rhett and Link do on a show to show basis, which makes my day even better.

One thing that I notice about Rhett is the he always squints his eyes when he drinks out of his mug, and one thing I notice about Link is that when he says a story (because he is so advanced in his dramatic acting skills *smiley face*) he always has these dramatic pauses when he tells us a story.

I think that all of this is…

Biscuit It up on Saturdays I had a dream about Rhett & Link last night. Rhett and Link were doing GMM on either side of a Lego mural of themselves. Three of their kids were their playing with the Legos on the mural. At the end of the show Rhett's head was partially missing. He turned to his son and casually commented, "What happened? Half of my head is gone."

Greg, the Dog, a look back: Glorious Hope (Part 2)

This is a continuation of the last episode; if you haven't read it, do so now.
This is also the last one I wrote, and therefore the last look back (though I might make a post or two more on the subject of Greg). Sad, I know. I started this with the thought I might pick back up, but…
Continue 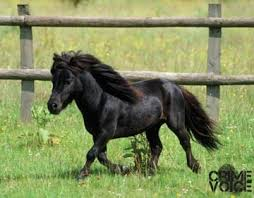 dear Rhett and link there is a serious issue going on.....

you have NOT done a miniature horse music video and you NEED TO!!! I hope you can take care of this issue.

from your biggest fan…

Who loved will it pizza it was so funny

FOR RHETT AND LINK AND THE KUMMUNITY OFCOURSE!

HI! me the 12 year old girl again! I recently found these weird and cool facts i wanted to show u!!

1.Coca cola would be GREEN if the food colorant wasn't added!

2.The elephant is the ONLY mammal that cant jump!

3.One in Five adults believe that aliens are hiding in our planet disguised as humans

5.The king of hearts is the only king without a mustache on a standard…

Hey everyone, my name's Crystle. This is, I guess my first post here. I suppose I could tell a couple things about me...

Crystle isn't my realname. On the internet, I'm more comfortable using my handle than my real name. I love other youtubers besides Rhett and Link. I mean, R&L is amazing, but others such as Markiplier and say…

HI RHETT AND LINK! My name is Marwa Huraibi and i am 11! i have been watching ur shows like since forever!! i want to thank you for making my life so AWESOME and i watch ur shows like everyday! YOURS TRULY

UPTOWN FUNK YOU UP