So Today has been a pretty good day for me :) Got taxes back, gonna get some GMM stuff!  So going to get the GMM mug..<3 would be perfect for my collection and would make drinking my coffee in the morning much more Mythical..!

But for now I'm just chilling and watching my daily few hours of GMM before getting off my laptop and going to play a little bit of RE. Opperation racoooon citeh..! <3

Lol But for now..I'mma just watch the GMM episode of "hot or…

My Best prank ever pulled

Rhett tries to hire a chicken to replace Link, but Link refuses.

DEDICATED TO A CERTAIN SOMEONE

How to use Wikipedia (for school)

Given the large number of students here, I though of writing this post, as I have to deal with the same problems occasionally, but from a different perspective.

How teachers react to Wikipedia.

When doing research for a paper in school or college, Wikipedia is often the first destination. However most teachers will not accept Wikipedia as source. When a student is presented with a "D" on his homework, he'd usually go to…

i need a mythical name

hello kommunity! my name is presley! i need your help. i need a mythical beast name. if you have any good ideas, tell me in chat. thanks!

no clue what im doing

Link runs for president and rhett is reporter

What if we had a kommunity version of GMM? I mean think about it. What if local mythical beasts groups got together and created their own version of the show. We could have contests, and expand on topics that they talk about in the main show. Just let me know if you think this is a cool idea or not and if you have something to add I  would love to read it.

Here are some good qualifications of Geekdom for you all to consider. Comments and feedback welcome.

4. Have watched all episodes of Firefly

5. have bought a shirt from Teefury.com.

So this is what it means to Blog....talk about random crap most people don't care about. Make a video game joke...what a great age youtube has brought us to. Hope we find stuff to figure out together :) So for now, this is Gochu the Great Saiyamon signing out!

New song I made

Well here's a lil something I made thanks to Max sparking my strange sense of humor. Hope you like it. Here we go...

Homie don't grind ya teeth twist da kheef instead. Be straight up jokin while we tokin yo. Ain't no lie though I keep it real that's the deal we roll out G style. We be wild, boy we sicka than thou. We keep it kickin like Bruce did before Norris. Y'all ignore us while we jackin ya taurus. Homie laid back drift it we git hit like ain't no more in we live… 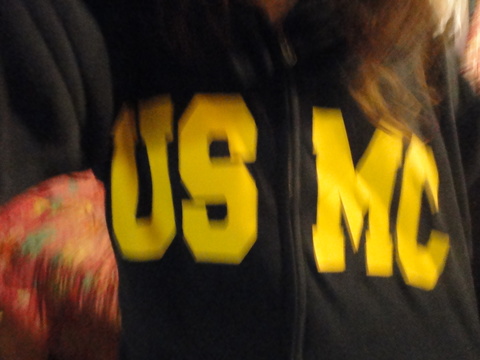 Weird workings on the English language

I posted this on Facebook but I figured you might have a better chance of you seeing it here.

I believe f the word "Goose" pluralizes to "Geese" then the word "Moose" should pluralize to "Meece" BUT IT DOESNT!, It's so annoying how words of similar spelling in the English language don't always pluralize in the same way! Don't you agree?

Recorded with a friend in high school back in 2000.