Sorry about it being so late this week, I had no internet yesterday evening and most of today. xP 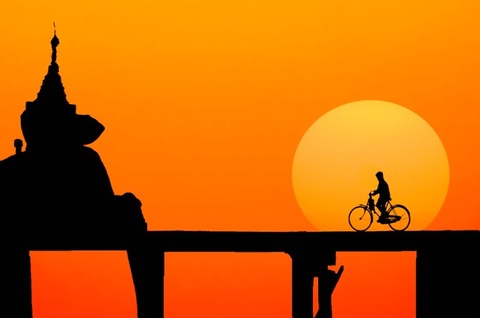 Hmm,.. so you want to travel where ever you want, wake up each morning with a coffee and decide what the day is on the fly. You want no longing obligations and no place to be, you'll just take the day as it comes. You will wonder around a strange city, a strange country, and a strange Continent. You will get lost, get found, and then get lost again.

Then at night you will return to your hotel and grab your computer, maybe even another coffee and blog for the change to get… Continue

Hello.
Hopefully I will have Sam Young at least close to being done being edited by spring break. Then it's Music Time! Music will take (I hope) roughly a month, then it depends on if I am finished or not by April 1st. I am aiming for April 1st as a release date. I am not saying it will be the release date, but that's what I am hoping for.

Here's a short track for all of you who want to hear some more from me.… Continue

Last Spring on a Sunday afternoon we took one of our "nowhere" drives thru the country. My husband was quietly driving along some back roads. I was occupied in the front passenger seat watching out the window as the
scenery went by.


I noticed out of the corner of my eye that my husband was straining to look out my window. This startled me, since his eyes should be on the road in front of him. I asked him what he was looking at out the windows, and he…

I'm Sorry for the late posting, this was recorded wednesday but my internet connection is all screwy!
Althou my friend was kind enough to let me upload it at her place.

My second-to-last vlog of the month, full of me talking to myself. =]
[Like always. ^^]


Stop by Lauren [Razom]'s page and maybe she will RhettandLinkify a profile picture for you.

Hey there guys, this is the latest Vlog, sorry for the late upload but my connection seems to want to want to mess with me.

But here it… Continue

Another Friday, another vlog. =]
Enjoy! ~

My Page on the Kommunity ~…
Continue

So This Functions How?

Hey, so I am pretty sure I am talking to myself on here.... If you haven't guessed/known I am a newb on this site. The cool videos and music are distracting me. Haha
Anyway uploading pictures on here is easy enough so I did upload pictures of my adventures (more like adventure.... but in a year I am going back over to europe.) Also making my page look pretty sweet. It doesn't look original now, but hey, in a while it will hopefully meet my standards. Gotta go fail at Biology now.…
Continue


Admittedly not my best vlog, but I was trying some new things out that went pretty well. ^^

Here is why men are stupid.

my best friend has flirted with me since we met. and its like he is my prince charming. but for some odd reason he doesnt get it. he told me he "doesnt want a girlfriend,a realationship is too much of a responisiblity" and for some odd reason...i cant get over it. he keeps drawing me in with his charm and it pisses me off.

Post a picture of your favorite graphic tee in Matt's discussion.

And it's not too late to buy a copy of Rhett and Link's new CD, "Up to this… Continue

but back then, Link had asked me to post the mp3 of my Ultimate Simon video
(co-winner in the 80's KBE)

so now that it's all old news and completely irrelevant, i think i'll post it.
have fun kids :-)

Lets see if we can figure this out… Continue

I'm really, really, REALLY sorry...but I won't be able to upload my vlog today...>br/>I'm out of town at an honor band, so I'm not able to here. Dx
But I will try my hardest to upload one either tomorrow or Sunday. ^^
I will definitely be back on Monday, though. =]
Thanks for understanding, and again, I'm very sorry. >br/>

Hello guys!
As most of you know Lauren and I are doing a project together this month where we do a vlog of our weekly events!

She does Mondays and Fridays
and I do Wednesdays and Sundays.
and if you are sitting there right now thinking, HEY i want to join that!
you are quite welcome to take one or more of the free days!

I think this will be alot of fun and i thank you Laurnen for your support and help!

I can embed for some reason so check it out… Continue


My little sister co-hosts my vlog today. [we ended up sitting there for about an hour laughing at each other.] x]

Featured Member: Claire (Flying Penguin) for her awesome ArKiving skillz. Check them out in the ReKaps forum!
KBEs: There are many member initiated KBEs going on right now. Head over to the…
Continue