this is how I feel when my sister eats my waffles

this is how I feel when my sister eats my waffles

To whomever happens to see this:

Are you in favour of an episode of Good Mythical Morning in which Rhett and Link go to a swimming pool or the beach? Like a 'How To Swim Properly' episode? I am! Personally, I would love to watch Link and Rhett teach us to swim! You can see where I'm coming from if you watch GMM episode 495: 5 Brand New Pool Games…

Hey Rhett and Link! You guys talk about you're wives all the time and they seem really cool! You should have an episode of GMM featuring these lovely ladies!

Hey Rhett and Link! You guys talk about you're wives all the time and they seem really cool! You should have an episode of GMM featuring these lovely ladies!

i've been wanting to do a cover of this song for so long and i finally decided to stop being shy and post it ^^ i hope you guys like it >< please watch (: maybe they will see it who knows...

Why I love Rhett and Link ~ A Store by Emily

One day January 2012 (to be exact) i was feeling down :( i went on youtube and started typing random words into the bar above i would type the words here but i just don't remember I also found someone else her name was lily her youtube name was iisuperwomanii and to this day i still watch superwoman and rhett and link so some people might think this story is so fake but its not it was my life. or my sister just showed it to me

To make these little pops you're going to need:

If I could just stop ruining this picture already that would be great O_O it's never gonna get finished to go on a cross country trip to the GMM crew!

Sup Beasts! Im Just Writing This Down For Help On Supporting

My Page! And If You Vote Rhett And Link For Best Youtubers Your Awesome! So Thanks For Reading And Ill Blog When I Have To! Peace!

You have been searching, and searching for an easy way to get an original beast. It's about time that search of yours comes to an end. I had a hard time making my name too, and eventually resorted to making my own way. It's four easy steps.

I stumbled upon Rhett and Link about a month ago and in a way they changed my life, soppy I know, I used to wake up everyday and continue the same routine as the day before and my life got pretty boring I just wasn't happy. Plus, when I would go out with my friends I would feel like I didn't have much to talk about or at least nothing interesting. Then one of my friends showed me "The OCD song" and from then on I joined…

My parents are so protective about this website. I just wanted to join. My mom is afraid that every other human she has not meant personal is trying to hack or find me. Crazy.. :P

I know Rhett and Link won't ever do that! They are too awesome!

It's a whole new world!

Ahhh, it feels good to be apart of all this mythicality!

New to the kommunity!

Hey! I've been a fan of Rhett and Link for a while now and finally decided to make the great decision of joining the kommunity. Everyone here is so friendly and welcoming and I can't wait to find and befriend other Mythical Beasts!

for friday's the best of (blank)

Cats on jetpacks giving out candy and Rhett and Link T-Shirts!!!

My name is Aziz and I'm from Saudi Arabia

Have you ever been in your bathroom taking a shower and after your done you realize you forgot to bring a towel, Well, I have and I never know what to use to dry myself off so what do I use in this situation?

P.S. Link you're my favorite.

On Wednesday July 16th I purchased two baby Snap dragon plants. I then appointed them Mythical names. Cornelius and Elizabeta. 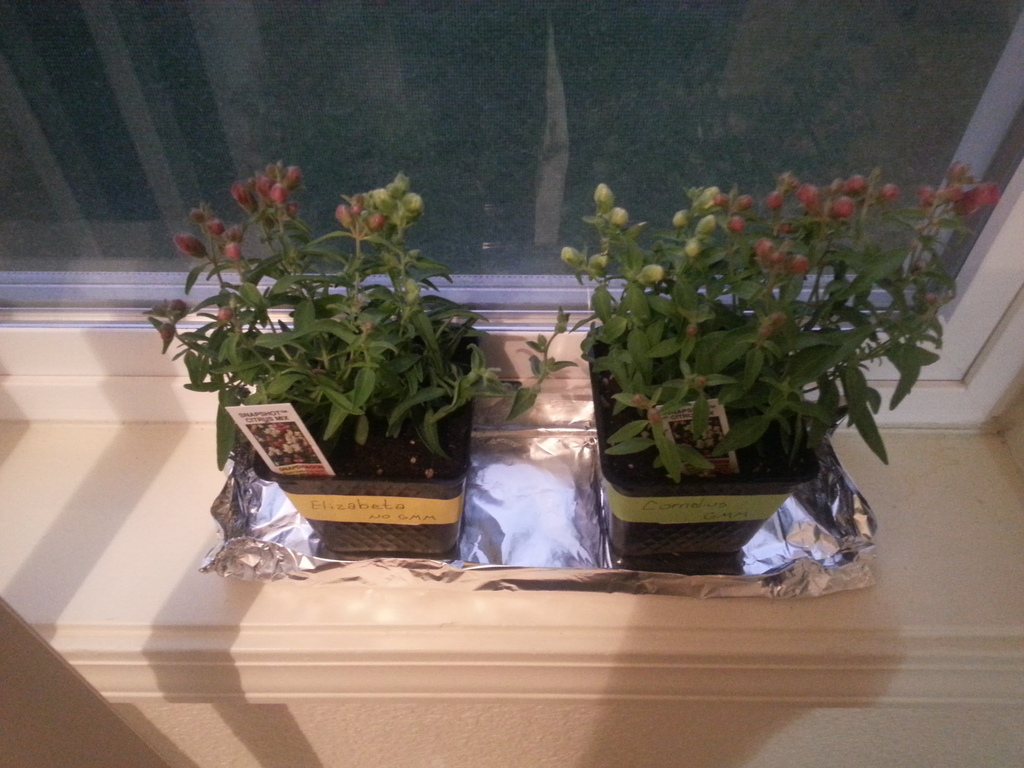 In the day time Cornelius and Elizabeta chill in my kitchen window. (Current daylight hours in AK 19h 4min)

I gave them both exactly 1oz of water every day.

Every night Cornelius has watched between 4-7 episodes of GMM…