I WANT THIS KIND OF LOVE 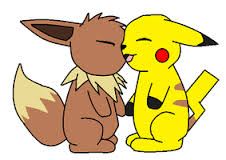 I've been away from the Komm for too long, and it's great to be back! I'm excited to share what's going on in my life, and am excited to get connected with all of you in the Komm again.

I now live in Atlanta, GA, and am working in film and television there. The big project (that I can tell you about) is Electric Nostalgia, a si-fi thriller by writer/director Jacob Leighton Burns. For those of you who have been following me for a while know that…

Why you never say aloha to someone who looks like one of your friends from the back.

So, I've never been what you call, a genius. Geek? Yes. Clumsy? Absolutely. An idiot? No doubt about it. And this is one of the times I looked like an idiot. I'm gonna be brutal honest with myself here. But it happened after swim practice ended and of course like I have distinctly mentioned before (I hope.) I'm not a genius, because my friend, Spencer was already gone when this happened because the next day I did ask but I probably made the humiliation worse. Anyways, I walked up to this kid… Continue

My nine year old son found ya'll. He was watching evantube and for some reason that led to Rhett and Link's bare chest and that led to ghost pepper and a 4 day on and off GMM marathon. Love it.

Anyone else do this?

Does anyone else assume that a site is trustworthy because it's advertised by Rhett and Link? I get the feeling that's why they want to be advertised by them. I'm also considering getting into feather coin just because of today's episode of GMM. Wow, if I had a company I'd go right to Rhett and Link for advertisement just for that reason.

Sometimes I wonder when they even film GMM

I get the feeling that they film GMM in the afternoon of the previous day and have it set to auto-post at like 4 a.m. so everyone has it in the morning their time. If they don't then they should take it into consideration haha

Today I woke up and right away watched GMM. Perfect way to start any day. I've been listening to their songs on iTunes since haha great example of my perfect days. *I have no life*

Seriously missing GMM over the weekend

I woke up both yesterday morning and this morning all ready to watch GMM! Seriously, they really need to start making them on weekends. I get sooo bored every weekend.

What do you think of the beginning of this story?

Let me know what you think of the beginning of my story. Have any suggestions?

I stare at the ground beneath me. The cobblestones I stand on are uneven and uncomfortable against my bear feet. I look up from beneath me and notice that I am in the middle of an alley way with no one else around me. As I walk forward, I notice a tapping sound a distance away. What…

What do you think of these titles?

Leave your suggestions for an interesting book title and author

AND I'M NOT EVEN AMERICAN! (in the sense of i'm neither Canadian, US Citizen nor else what - I'M SWISS!!!)

Already posted this in the main room, but if anyone wants to use the Good Mythical Morning Theme I made for Google Chrome the URL is below:

Hey guys, I'm new here and I'm quickly catching on to this website. If anyone actually reads this, well... Thats awesome!