Rhett and Link will be on Food Network Star!

If you haven't heard yet, Rhett and Link are appearing on an upcoming episode of the show Food Network Star on the Food Network cable channel. The episode is titled "Good Mythical Morning" and airs Sunday, June 26 at 9 pm EST. 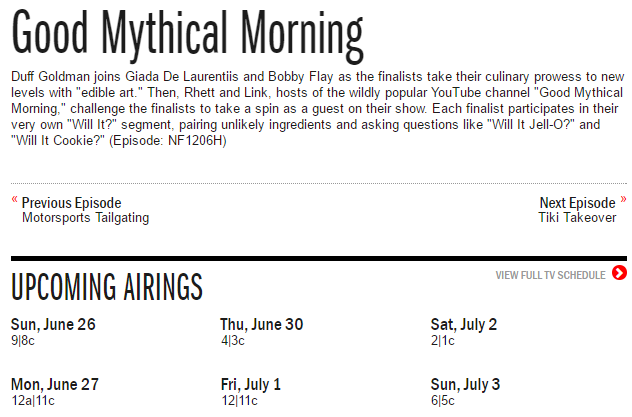 GUYS IT'S RHETT AND LINK pic.twitter.com/teN5DHBDHP

If you don't have access to the Food Network channel on TV, then keep an eye on this page: http://watch.foodnetwork.com/ It looks like Food Network uploads full episodes of their programming to this page, but I'm not clear on how quickly they upload after it airs on TV. It could be a few days or up to a week later.

When it first aired, my brother who doesn't watch R&L but knows who they are called me and was like "Sooo I was watching food network and guess who showed up" and I was like "Oh yeeeaaahhh, I forgot about that 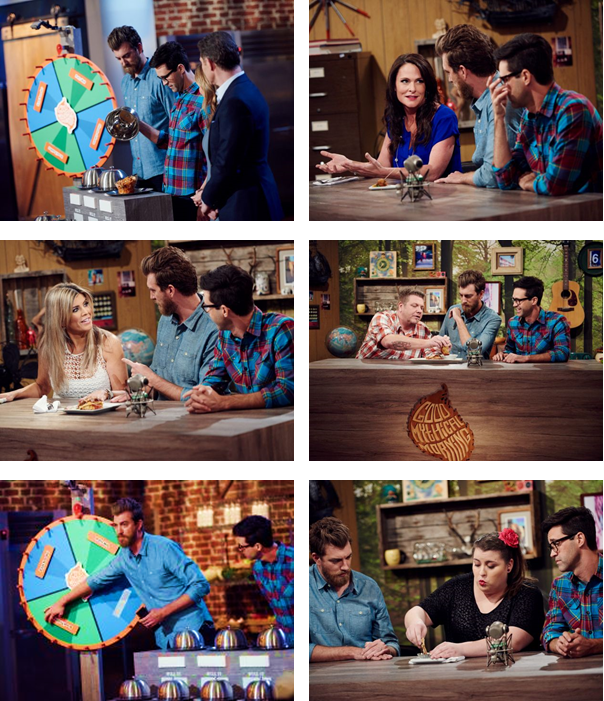 Recipes from this episode

I Love Link's face when he found out that the one guy's mother had 32 kids!  XD

Unfortunately, if you're outside of the United States, access to Food Network's videos on their website is restricted...but for U.S. Beasts, check out this Rhett and Link interview (with a free style rap!) posted to Food Network: http://www.foodnetwork.com/shows/food-network-star/1200-series/good...

I watched it and it was amazing! Rhett and Link...hilarious as always. And I loved watching them get a little flirty...so fun!

Comment by Juhi (Swarnix) on June 27, 2016 at 4:58am
Finally got to watch the episode and it was hilarious! I absolutely loved it.

I watched it and it was really funny!

Rhett & Link got a little bit flirty though...

I accidentally missed it, so I'm gonna have to wait for the episode to come back and replay... <3 From what I'm seeing, it seemed hilarious!

*Note, the site seems to be a bit glitchy on my end, so I keep checking it and if the video doesn't show up, here's the link to it: http://www.foodnetwork.com/shows/food-network-star/1200-series/good....