The last post talked about how Churbles came to be, but this one's about what he has been since: his many names.

Churbles, Destroyer of Worlds, the original title given and one of the most loved, the only reason I got rid of it was that I had to shorten it to D.O.W., and people asked too much about what D.O.W. stood for, yet at the same time too many people didn't care and didn't ask what it was.

Crabilla? When I gave up on designing Churbles, I came up with the lamest rushed thing ever, a crab with gorilla hands. No question why I got rid of that one.

The Beast Squadron, after coming up with Churbles I was hooked on designing Beasts, so I planned to make more, I didn't (that is, unless Crabilla counts). Now the Beast squadron still exists in the form of a photo album, and a mental group: The album is an out-of-date photo of Churbles and one of Zibirinis, and the group expands to include my brother, The Frolicking Leviathan.

Churbles, and his tongue of wonder, this one still shows in the out-of-date photo of Churbles, and I was named such to show to people who didn't ask about what Churbles was that he had a great tongue, I came up with something better and replaced it later.

Churbles, Sphere o' Fear, I love this one, it was made for the same reason the last one was in a way, it does tell you what Churbles is, but it also throws back to Destroyer of Worlds, showing that he isn't a force to be messed with.

Churbles, Grammatical Bomb, the current, made because of the series of posts I made, and am making, about grammar, it also says something about me.

Churbles, This is post-post, but it's now the original, all that didn't fit.

Greg, the dog, name changed cause I wanted to; Churbles was blown out of proportion.

And that's all of them, to this date. I have no idea when the next name will be, but it's sure to happen sometime.

This one was for me, 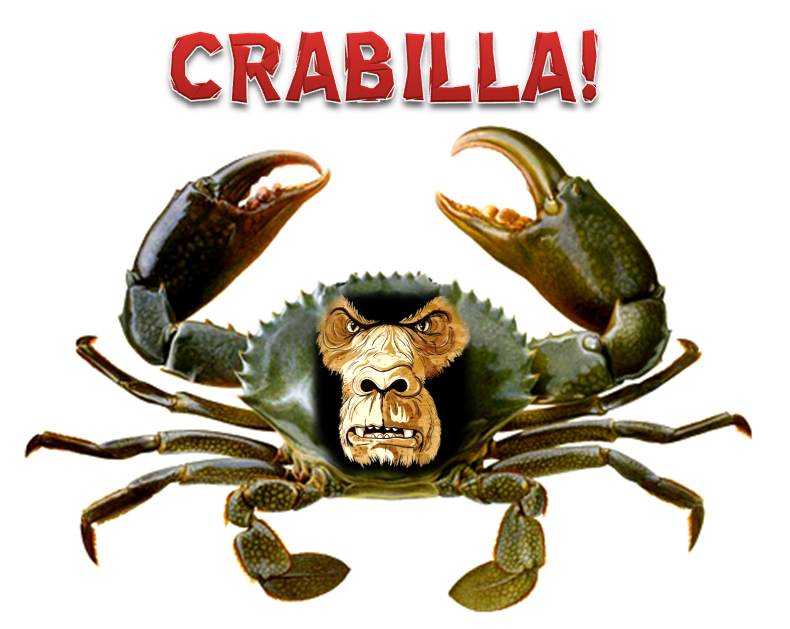 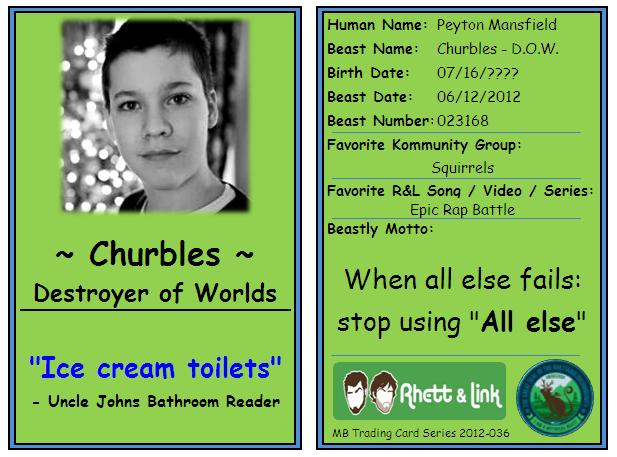 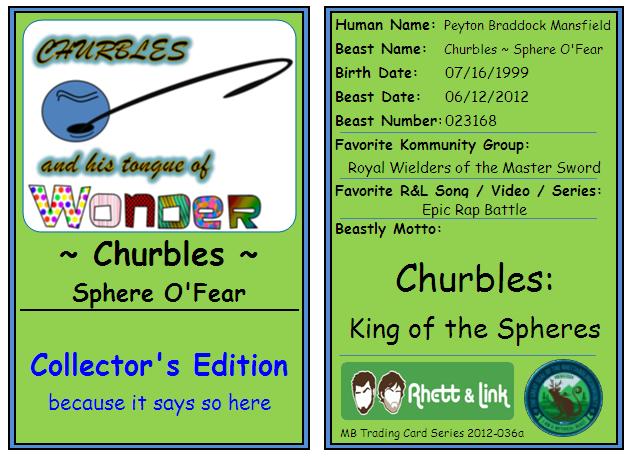 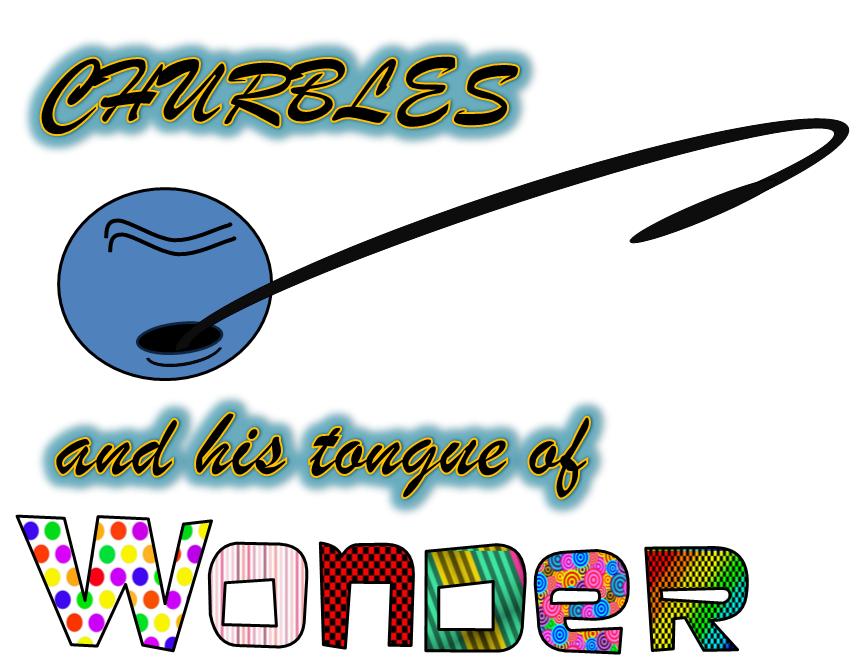