From Mythical Lucy to Aimee Brells

This is just a short blog post about my adventure of making a dress from a series that hasn't even premiered yet!

For those of you who didn't see my photo yet, this is me and my work:

It all started with some snapchats that Rhett and Link shared with us, while they were filming Buddy System. I immediately fell in love with their great suits! (I mean...who didn't!? They looked gorgeous in them!) 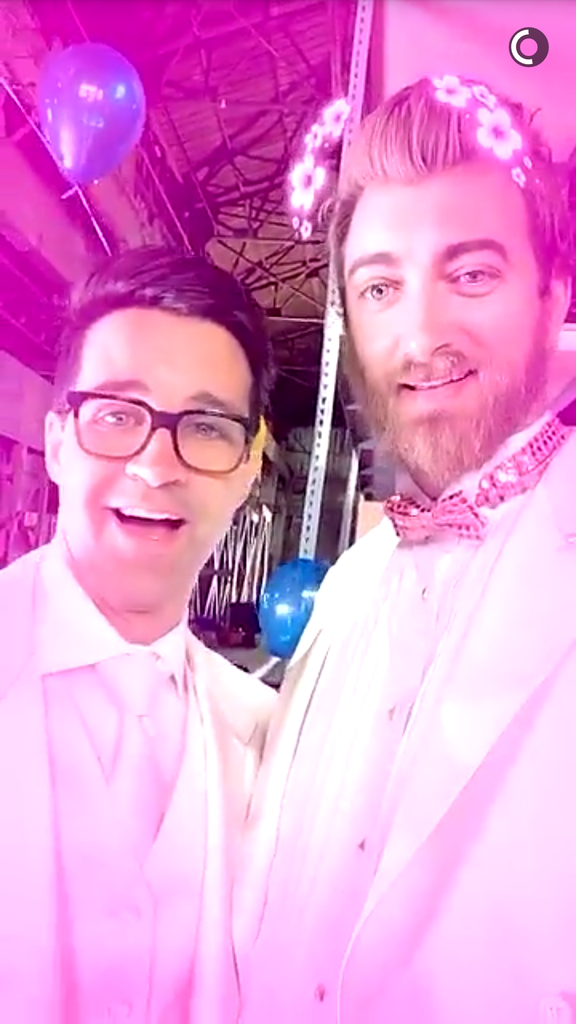 But another snap, which was shared shortly after the one above, caught my attention.

It showed a beautiful woman in a pretty pink dress. And that was also the moment when a lot of us realized that they weren't filming some kind of wedding scene, but rather a prom scene.

The more I looked at that dress, the more I liked it. And at some point I thought to myself: "Why don't you try to sew it? Just as a little exercise..." I have to explain here that my former hobby included sewing all kinds of costumes. Even though I have made some dresses in the past, I never had to deal with so many folds in seperated skirts. But like I said, it was supposed to be an exercise. (Because all I have sewn since I stopped with the hobby where different Rhett and Link mascots and no clothes.) So I went out and searched for some fabric.

After visiting two or three stores I was about to give up, when I finally found the perfect fabric. Well...not "as perfect" as it could be, since it has a lighter color in the actual series. But I took the screenshot above and the picture below as my reference. 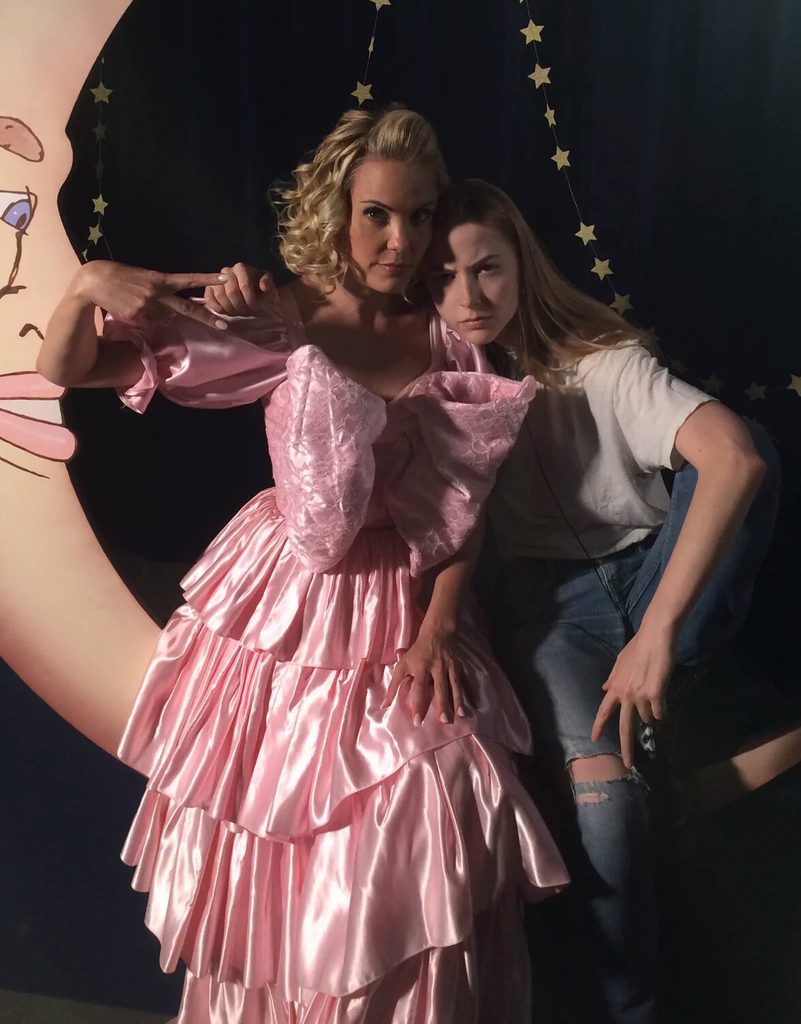 I won't go into any of the details of how exactly I made that pink monster, since it would be too boring and because it was a lot of trial and error scenarios involved. (For example: I've finished all the skirts and had to redo them, because they didn't look right. Same happened with the sleeves.) It's not perfect by any means and since the trailer came out I noticed a few things that I should've made differently. But, oh well, too late for that.

The next step involved myself and especially my appearance. I wasn't sure if I wanted to buy a blonde wig for the photos or if I just wanted to curl my hair similar to Leslie's. In the end I did something completely different.

I cut and dyed my hair to look as much as Aimee Brells as possible.

So here are two pictures with the haircut that I had for the past...two years or so? 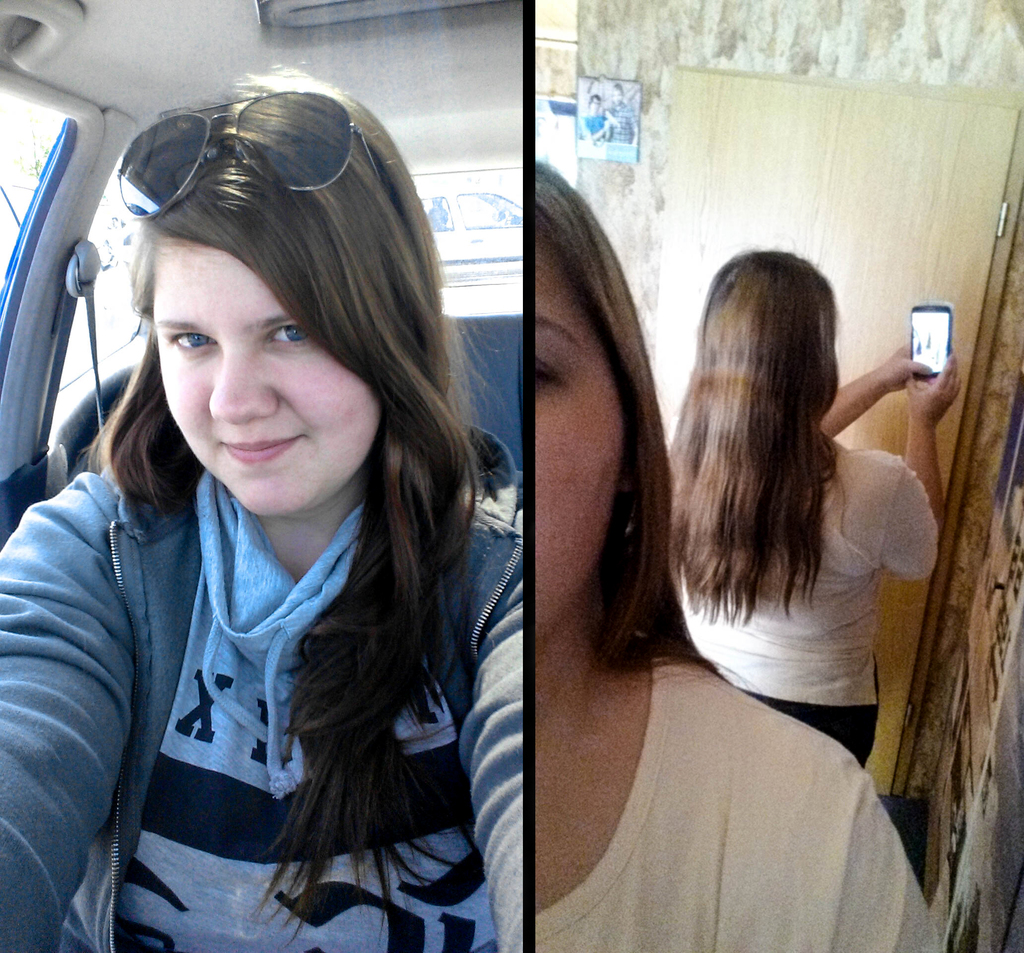 But I don't regret my decision at all, since I really like the new hair colour!

Sadly I had to take the pictures in the prom dress in the middle of the week. So due to a lot of stress, work and bad weather, they aren't as great as I hoped they would be, but I wanted to share them anyway.

And since I know that Leslie and Link both saw my work, I'm more than glad that I went through all this trouble! (Even though I'm still waiting for a real answer from Mr. Neal. ;P )

Anyway...I can't wait for Buddy System, because I know it will be absolutely amazing and one of the best things Rhett and Link have ever created! <3

@Victoria: Thanks a lot! :D I don't think a lot of people know what I did to my hair for this, so that's why I wanted to include it in here!

And I'm still amazed that Link and Leslie reacted to the dress on Twitter! <3

Wow! This is really awesome! You put so much into it and I think the pictures look fantastic! Kudos to you, Lucy!

K-Mod Comment by Victoria (Centauromadoose) on October 14, 2016 at 8:15pm
Oh my goodness, I didn't realize you even cut and dyed your hair for this project! It suits you so nicely that I didn't think twice about it. :) You really did an amazing job. Leslie and Link were so impressed on Twitter.