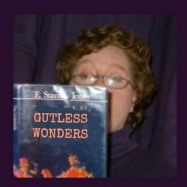 Donna (peachgeek) has not received any gifts yet

HEY! haven't heard anything from you in a while.  Think you might make it out to the Atlanta-area MythiCon this year?  1:00 PM on Saturday, July 19th . . . if you haven't already heard. Looks like it's going to be at North Point Mall (Alpharetta) and the young hosts for the local event could probably benefit from your coordinator skills and organizational expertise.

FYI - per your suggestion I've updated the MythiCon Map with links to the kommunity local discussion threads . . . so far only 2 that I know of are:

PUTTING IT TO THE TEST . . . if nobody steps up to champion an ATL-area meeting then I'll remove it at midnight tonight.

I lived in Dacula for 10 years.  Buford is definitely a suburb of Atlanta.  Plus, it actually draws visitors and shoppers from well into South Carolina.  If you can suggest a more appropriate meeting spot for North Georgia I'll throw that out there for the locals to consider.

She started the whole MythiCon concept; I'm just helping to coordinate. I can post to the discussion just like anyone else, but only she can edit the top header.

The BatchGEO thing is my idea, because I was marking up the changes much more frequently than she was.  The listing of locations she had in the discussion header was not accurate and not timely updated, so I persuaded her to just link people to the interactive map for latest meeting location details.

If you have checked the map tool, it states that you are no longer a leader for the ATL/Georgia meeting due to scheduling conflict (same here, so I can't get to the one in Dallas if that occurs) but I left it on the map in hopes that somebody else would step up and take the lead there. I can delete ATL from the map completely if you really want . . . no dispersion was meant on you as "backing out" . . . but then several will probably complain "WHY DON'T YOU HAVE ONE IN GEORGIA????"  Nobody ever read thru the 20+ pages of discussion where several times it's explained that nobody "in charge" chose the meeting sites; this whole adventure is on a first-come first-served volunteer basis for wherever / whenever is mutually agreed upon between individuals in a local area. Although most are starting at 1PM as instructed, I could care less if two or three guys in Boise want to join up at 7PM and watch ball game in MythiCon fashion.

My previous comment about "how that works in the komm" was not aimed at the delivery method or Ning in particular, but more at the fact that so many young members here will jump right into a discussion, make a promise to do something, and others make their plans around that and then at the 11th hour, "Sorry, I can't go because my mother won't give me a ride."  The frustration of dealing with 12 year olds who don't identify themselves as such up front.  I'm certain you had much of the same trying to coordinate the Gutless Wonders project.  You were smart enough to use other methods of communication with the contributors, which I don't have the ability to do myself.

As far as the "easily available" info on MythiCon, the interactive map is the best I can do instead of constantly making additional posts on the discussion thread.  It contains only the very latest available info.  I have updated it with those new meeting sites as commitments come in and not yet posted several that are still only hopeful at best.

In my opinion the only sure-fire way to clean up the MythiCon discussion would be to ask K-La to close this to any further comments and add a banner in the header notes to re-direct viewers to a new thread.  But I don't think she understands how to do that.  Plus, I've been hesitant to suggest it, letting her run with this thing since it was all her idea originally.  The topic has come up several times in the past, but she was the first one to put any real effort into drumming up support to make it happen.

Thanks and STAY BEAST!

P.S. ~ sorry about ranting a while ~ thanks for the listen ~ when you have some spare time, maybe you could consider this:

@ Donna - - no captain for MythCon-Atlanta yet, just one person who was asking but would not make a commitment.  You know how that works in the komm.

All of the meeting locations and other info you ask about, including links to the various mall location websites for travel info, is best found in the interactive map tool > > >

Sweet! I would love that! :D

I've started on the comic book (I've sketched the cover [I plan on digitally drawing it on the computer today] and I've thought up a basic plotline. I don't know If I'm going to call it GMM anymore because It's more about their history and memories than GMM. Thanks for the kick-butt idea! :D

Thank you for participating in Name the Betta Fish! It's time for the