Any Christian Comedians that you love?

Just because where christains, doesn't mean that we can't have laughs too. God has called some peoople to be Christan Comedians that make us laugh and still follow God. If you have a favorite, comment on it below. If it was already said, say a joke that they said that made you laugh so hard, you lost your breath.

Mine is Tim Hawkins. He's so funny and I'm so excided that he's coming to my church in the fall.

ill make sure to look him up and other comedians

The Skit Guys are great.  Some very funny videos and some that are real heart-tuggers and very useful as a witnessing tool . . . one of each below.

The kommunity also has a Tim Hawkins Fans group: 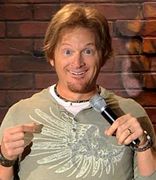 Brad Stein is also very good. Skit Guys are great and we've used their stuff in our sermons at times. Tim is funny. Mark Lowery from the Bill Gaither Vocal Band also has some comedy releases.

I love Tim Hawkins! I'll have to check out some of the other guys listed on here...

Permalink Reply by Karrie (The Original Bookworm) on September 5, 2012 at 5:26pm

Has anyone ever heard of Bob Smiley? He's got a youtube channel and the description says it all: "Proof that ritalin doesn't work on everyone: Comedian Bob Smiley"

He's all over the place, very funny, very sweet, and sometimes you get to see his kids do skits too!

Clayburn Cox became an official mythical beast this morning!  You should visit his page to say hello and check out some of his videos for a good laugh.

I had seen a couple of his videos before, thanks to the big win on the 2011 Clean Comedy Challenge.  Today I watched every one on clayburncoxcomedy.com and any others I could find on YouTube.  Great stuff for the whole family to enjoy.

Do we need to go any further than Tim Hawkins???

There's this chinese guy named Frank on youtube. He's not as well known outside of the west and east coast asian communities, but he's really hilarious and honest in his videos. He's also very hard working, intellectual, and friendly, something that I think brings a lot of glory to God. While he doesn't specifically talk a lot about God in his videos, I think he does do a good job of being an example of the Christian character described in the book of James. Letting our works be evidences of faith.

Anyhow, look him up on youtube, his name is ice1cubed and he likes to talk really really fast, and he's really quirky.

This is his second account actually, he took down the first one over a year ago cause he felt like his actions in real life didn't match up with his words online.

I enjoy Mark Lowry I enjoyed his story "Mamma had enough" I have provided a link to it for your enjoyment https://youtu.be/oWNhi9B5k2E

Permalink Reply by Christine Hensley(Peacat) on April 24, 2015 at 8:52pm
Ken Hamm is pretty funny, Brant Hansen is a riot he used to be the DJ for Air One but now he has a podcast called the Brant and Shery podcast.

Permalink Reply by Christine (Sand Sprite) on July 16, 2015 at 4:47pm
I was going to say Tim Hawkins, but you already mentioned him. He's my fav too.