I May Have Met Rhett and Link Twice...

So for those of you that follow my Twitter, Tumblr, and/or are friends with me on Facebook, you know just how excited I was to meet the boys not once but TWICE at Sundance.

I should start out by saying that my college does something called Winter Term where we can go on trips, take classes on campus, or do an internship. I applied to go on this trip back last spring and got in.

So the first time I saw them was on Saturday. I was just walking around Main Street (where most of the festival fun stuff is) with a friend when I got a text from another guy on the trip saying that he saw Rhett and Link leave the Treasure Mountain Inn where Slamdance happens (which we had to volunteer for as a part of our class). I was walking in the opposite direction of there so I turned around and started walking up Main. Eventually I ran into them and told them that one of my friends texted me saying he saw them leave and asked them for a selfie. That's how the first picture happened.

Today, I went to a panel at the YouTube House hosted by Mashable and thought at first I wasn't going to make it in. I had to go to a speaker that my professors for the trip hosted in their condo and I was afraid that I would miss it. So I left 20 minutes early and ran up to the YT house. When I got there I found out that they hadn't let anyone in and there was a small line on the street. I did manage to make it in and sit in the second row and get some clips (one uploaded on the snapchat's channel and one will appear in my vlog of my trip). The talk was mostly about Red but they were funny at times. After the talk I walked up to them and got a picture. I told them that I run the snapchat's channel and they were excited about it which surprised me a bit. They're really cool guys. 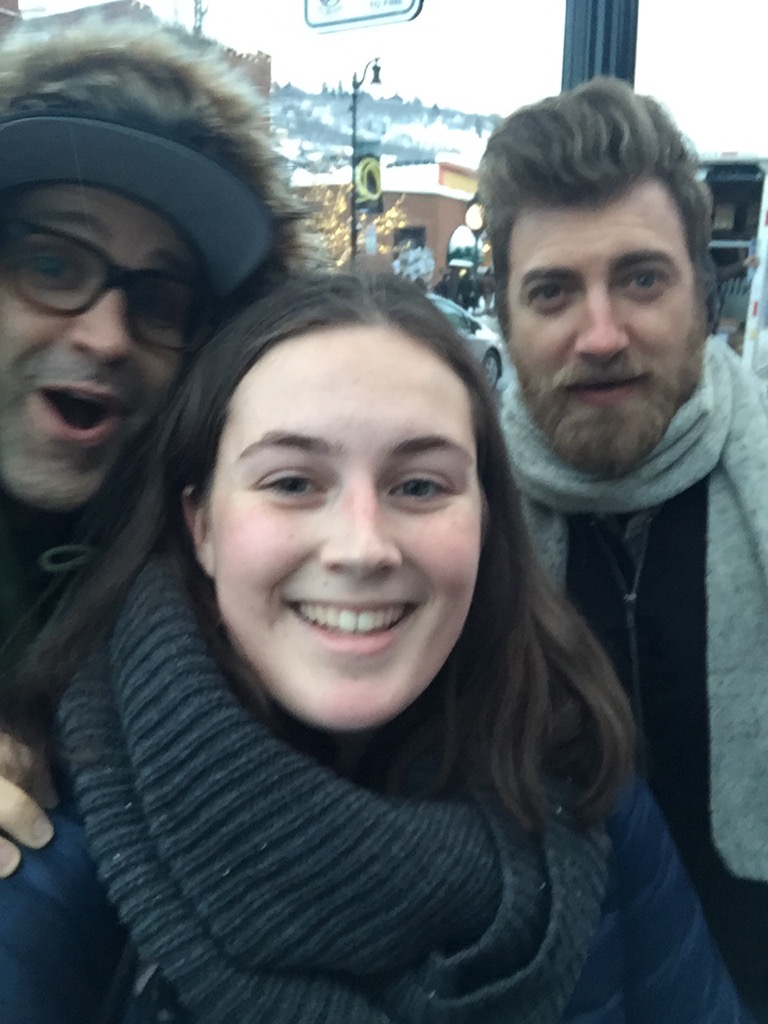 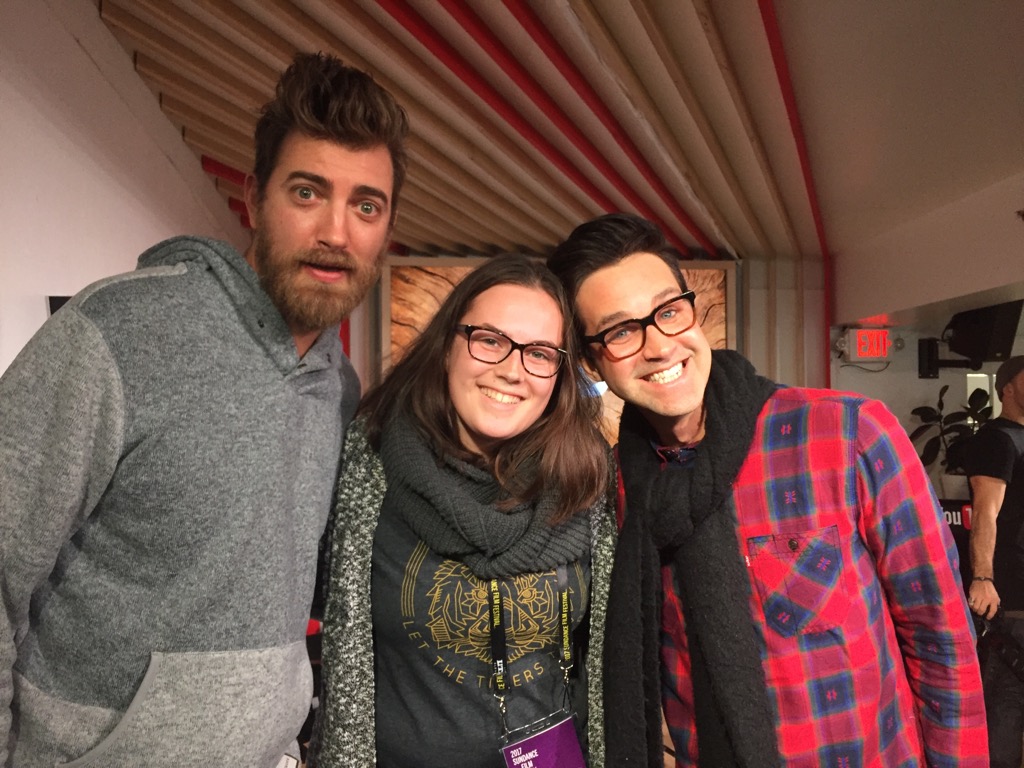 Comment by Rosebella (Sunekosuri) on February 8, 2017 at 2:23am
I've been subscribed to your Youtube channel ever since I became their fan so this is really exciting to see. It's always so great to see them meeting dedicated fans. Congratulations!

Comment by Jaymie Nunnery (Jayameez Cat) on January 25, 2017 at 2:56pm
When I first became a Mythical Beast, it was a while before I actually joined the Kommunity. When I finally did, I thought, "This is so cool! These guys are so interactive with their fans!" Over time, I felt that slipping a bit and voiced it quite a bit. I must say, after hearing your story and seeing your pictures on Facebook, and being there during Ashley and Elyse's encounters, AND from what I've seen in season 11.... something in me has been restored. It makes me so happy to see that they seem to be more available and present to us presenting opportunities like these lately, and I love it. This was a trip you'll never forget!

Awesome photos! So fun to see all these stories of Mythical Beasts meeting Rhett and Link.

Comment by Steph Ihab (Flying Pandog) on January 25, 2017 at 11:40am
Aww they're always so sweet. I hope I can meet them. It's my only wish. But I'm Egyptian so my chances are not limited but totally impossible

That's so awesome <3 I always get so happy whenever I see other Mythical Beasts meeting them! ♥

So cool! The university I went to also had the Winter Term set-up. That's very lucky for you that one of the classes was a trip to Sundance and Rhett and Link were there!

Comment by Ashley (Giraffely) on January 25, 2017 at 1:41am
So lucky to run into them twice! I wish I could have attended the panel
too.