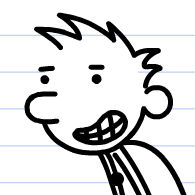 Jack Stevenson The RowelPyranto has not received any gifts yet

About me? Why thank you sir Sasquatch!

I am a Christian, a homeschooler, and a writer, I have started several books and finished one. I will add more later.
So Monday December 6 2009, around 10:00 AM Or 12:00 PM, I finished The Underworld Chronicles Book 1: War Clouds. I still have a few editing details to clean up but other than that, I am done with it! I might post it on here soon, after I get the copy rights to it.


This is a small story I wrote up to explain how the Werepyres began:
The Werepyre's were a genetic transfusion of Werewolves and Vampires. The Transfusion was conducted by a deranged Scientist that seemed to just appear out of no where, this happened in the early 1300's. Although it was never officially revealed how he got in that little village, but he did leave a letter. It turned out that he was a time traveler, well, he built a time machine but it was only used once. He traveled to the early 1300's to uncover the truth about the disappearance of one of his ancestor's. The time machine broke down and left him stranded. When introduced to the theory of MYTHICAL BEAST* he hired the most ruthless warriors and captured 1 Werewolf and 1 Vampire. He then started test with equipment he had brought from the future, after about 2 years the Werewolf died of hunger, but the Vampire never did. After about 1 year the test were complete he injected a serum into the Vampire. Then he wrote a letter to himself and had it passed down his blood line, when he went back to his lab the Vampire was out of his cell. He killed the time traveler and took his notes and made a army of Werepyres.

Jessie (Rhett and Links Besty) said…
Did u draw ur profile pic!?!

Aly And Cate (Two headed AlyCat) said…
JACK! How have you been?

✞JeanWifeMoMhorphin✞ said…
Was looking in the homeschool group today and say your name.How are you and Charlie?

lilly treskate said…
Oh and do you wright books ?

lilly treskate said…
Funny I am a homeschooler too. And your photo is from Diary Of A Wimpy Kid on poptropicia. :) and good photos

Cara Canelli (CaraBarracuda) said…
Jack! Long time no chat, so I thought I'd drop by and say hello. So, hello. :)

Gene' Brinson Squirrel Whisperer said…
Just so you know, I named your golden silk spider Lila May. That is all. Aside from hello, of course.
mmmk bye

Aly And Cate (Two headed AlyCat) said…
Thanks! The contest was fun :D
and I know how long it takes...I'm still on the prologue of mine.
:D

Aly And Cate (Two headed AlyCat) said…
Hey Jacky!
How's your book coming along?
How's your life?
What have you been up to?

Watch this go, the motion is slow, as we watch Florida and Tim Tebow,
They played the number two team, the game was keen, but the end was mean,

He walked to the side, trying to hide, the tears that fell from the side of his eyes,
He played well, to win would have been swell, but they didn't, so… Continue