Book #1 - - - What If?: Serious Scientific Answers to Absurd Hypothetical Questions ~ by Randall Munroe 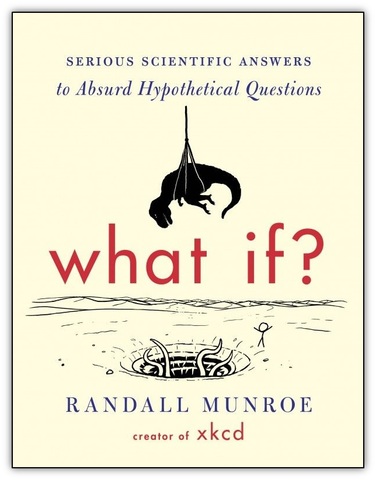 I really enjoyed this book.  I agree it sometimes got a bit dense for an audio-format, so I did have to rewind from time to time to pick up the thread of the logic, but it was a fun ride, and Will Wheaton's narration was great.

The 'soul mate' question - it kinda' bugged me that all those calculations assumed soul mates would be scattered across all of time, rather than taking for granted that they'd be people born in the same era, but probably that just means I was taking the question way too seriously :)

The "Drain the ocean" question: poor Curiosity Rover!  What did it ever do to deserve that?

Falling with Helium, and Physics of the Force: I honestly think I fell asleep during this bit  I'll have to go back and re-listen later.   This is the downside to listening late at night.

Periodic Table of Elements: I enjoyed that one too, Rhett!   I've actually wondered this before, and the answer was delightfully chaotic.

Wandering Immortals: Dang.  Now I really want to know about that Huge Tree...