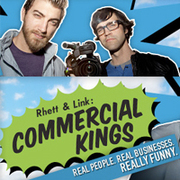 The group for everyone who likes Commercial Kings. Come here for discussion, commentary, and lavish praise concerning the show.

Website: http://www.ifc.com/rhett-link/
Location: In the Hearts of All Who Believe
Members: 77
Latest Activity: Feb 6, 2018

Before the creation of the COMMERCIAL KINGS FAN CLUB > > > way back in March 2011, when the show was officially announced by Rhett and Link and over three months before the premiere episode would air on television, we mythical beasts were already gearing up for the fun.

Click on the link HERE in order to catch up or add your thoughts to the lunacy.

And don't forget to visit the official IFC webpage for Commercial Kings for all the latest news, videos and links :

I didn't create the photos that are in post #1 below, just copying some of my favorite postings found in a…Continue

We all know that Rhett and Link are the undisputed Commercial Kings.But that doesn't mean that other creators, in an attempt to promote and market some product or service, can't come up with a truly…Continue

There's really nothing much more I can explain....Just let us know below!Continue

You need to be a member of Official Commercial Kings Fan Club to add comments!

Comment by dillon on September 1, 2012 at 12:55pm
Oh man thank you. Well I gotta cheack out the first season anyway

Link replies and it's officially the end of an era 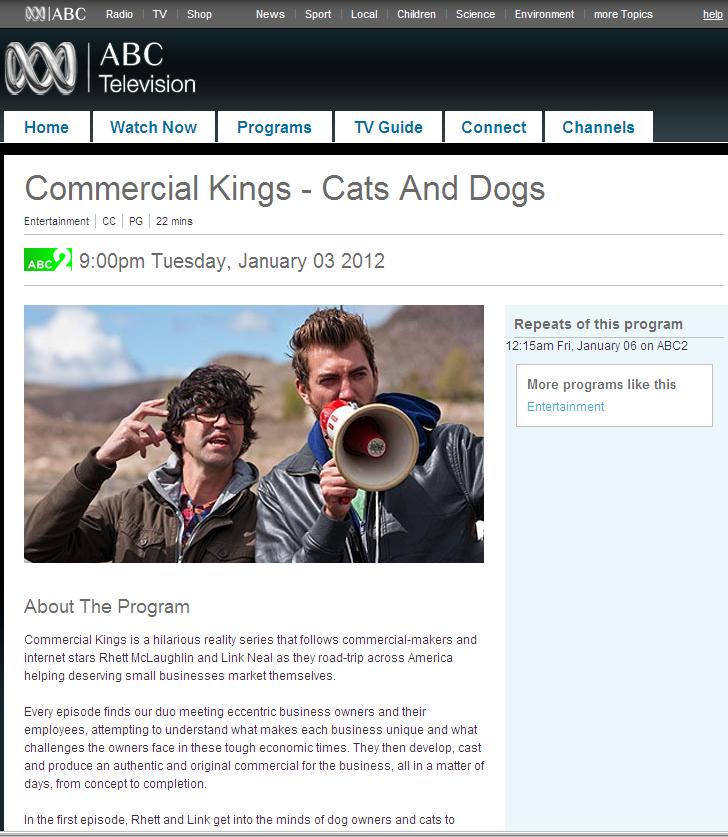 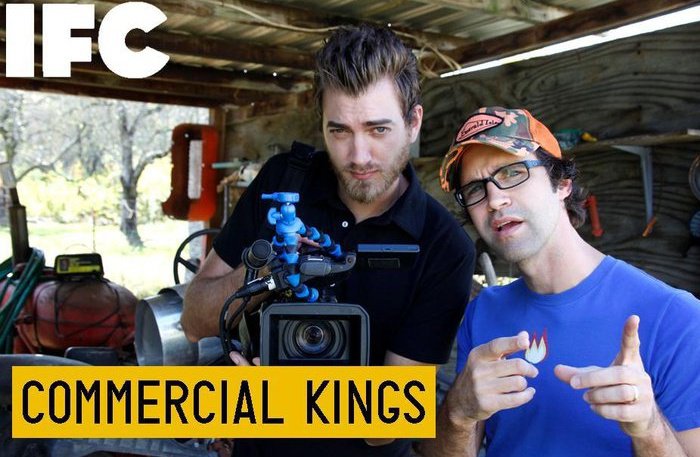 We were challenged to spot Rhett and Link in a cameo appearance with each of the actual LOCAL COMMERCIALS created for the show.

Here you go as promised . . . the complete Season One montage:

(sorry for the distorted pics due to page compression, just click on the montage to open and view full size)

Comment by Em Lamont(NinjaSquid) on August 20, 2011 at 11:26pm
Spread those cheeks and get your colon cleeeannnnn!