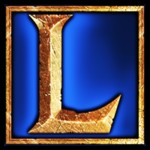 A place for fellow League Players to join together and discuss their opinions on league, talk about their favorite champions, or for people who are interested in the game and may want to join the LoL community

What League of Legends is about.

League of Legends, often referred to as LoL, is a MOBA (Multiplayer Online Battle Arena) type game where you are a summoner that controls characters called Champions in several Arenas that are called Fields of Justice.  The goal is to try to destroy the opposing team's Nexus.  To do that however, you must first destroy at least all turrets in one lane, followed by the inhibitor, and the two Nexus Turrets.  But beware, you cannot single handedly win this game.  It revolves around teamwork so make sure to communicate with your team well.  Each champion has 3 unique spells/skills that are binded to the Q, W, and E keys.  Each champion also has an ultimate ability that is binded to the R key.  You, the summoner, can choose from two spells that are bound to the D and F keys.  You unlock more spells as you improve your summoner level (max 30).  Upon reaching Level 30, you can play ranked games and create or join Ranked Teams.

League of Legends is very confusing at first and that's the bet I can explain it to you, there is a tutorial which will help you further.  Trust me, you may hate it when your starting out (about levels 1-5, sometimes up until 10) but then you begin to grasp the concept and what needs to be done.  If you would like any extra help on champions, items, or spells, feel free to contact me either on here or at my email (bladestriker863@gmail.com).  (I check my email more often.)  I am a Level 30.  Don't feel bad about losing a game or going on losing streaks.  It still happens to me.  However, I don't recommend getting over-competitive within this game, because it is literally impossible to go without losing a game.  You can look at pro players that have thousands of losses, but they also have thousands of wins.  It all comes within time and experience.  Hopefully i can get more people to sign up and expand the community.  Here is the sign-up link: https://signup.leagueoflegends.com/en/signup/index

Now here is an alternate Sign-up link that willgive not only me, but you prizes as well: http://signup.leagueoflegends.com/?ref=4f7b36114eef6317666943

Hope you decide to join the League! Maybe soon I can play with you on the Fields of Justce!

You need to be a member of League of Legends Fans to add comments!

I hope people are active in this group,and hope someone can play with me? I'm still learning everything because I just joined this year... and I am a noob.

i still actively play league so i was just wondering

Does anyone use this anymore