Meaning of the Logo Changes? Mysterious

Today mysterious happenings arise as the channel logos of both Rhett and Link and Mythical have changed! 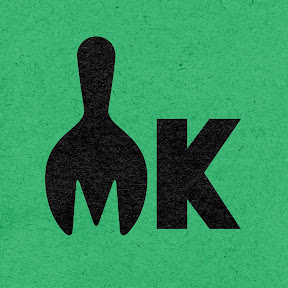 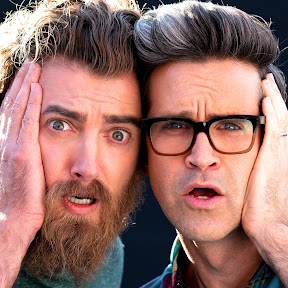 Could this foreshadow some new content to be released? I have no clue so that is why I come to you all to come together and theorize!

Very similar to a previous letter design, which is very exciting and gives nostalgic feels. I like it!

*Added: If you notice, it's the lettering in the logo on the Kommunity page on the far left side under the double-headed logo, so I think it's a callback to their origins, which is awesome! :)

That's a really cool observation. This is getting better and better.

The original channel remains effectively abandoned - - it isn't even linked as "Our Other Channels" on the GMM or GMMore YouTube accounts these days. Here's a complete list to the various R&L channels:

GOOD MYTHICAL MORNING - - channel created 17-Sep-2008 and first upload 10-Nov-2008, the #2 channel was a step up from the old RhettandLinKast live streams. Originally home for special projects (i.e. Supernote) and extra "BTS" from their #1 channel videos and local commercials. With the onset of "Good Morning Chia Lincoln" in Jan-2008 the daily show was born. Remains today the "main" channel for R&L postings, including GMM and Ear Biscuits.

Channel #4 was the "BTS" and extras replacement when #2 became primarily GMM daily episodes.  Later morphed into the multi-format series featuring CREW members (Jan-2014 to Nov-2017) and the weekly EARBISCUITS videos (#87-#126).

Completely abandoned since 21-Jan-2018 when EARBISCUITS also transferred to Channel #2.

The rhettandlink5 channel was created 20-Mar-2014 and remains inactive - - a placeholder for possible future expansion?

Buenos Y Míticos Días - - a short-lived experiment with select full episodes of GMM dubbed into Spanish - - 55 episodes uploaded from May 18 to July 29, 2015 .

The Hey Hey Show - - another short-lived series created and produced by R&L, sort of a GMM daily format from a female perspective. It employed many of the writers and crew of GMM and featured Shannon Coffey & Candace Carrizales as hosts.