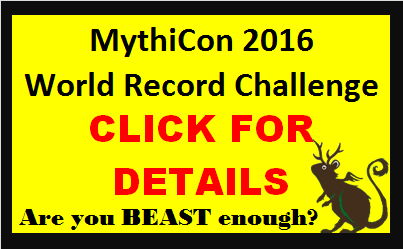 Many of the MythiCon meet-up events held worldwide over the past three years have included similar games and shenanigans . . .

This year a new twist:

Let's get everybody at every MythiCon to perform a simultaneous

In addition to bragging rights, the MC-2016 event host who is able to capture video or photo evidence of the largest assemblage of Mythical Beasts gathered and performing a circular "GMH" will be named world record holder and receive special mention in the next edition of . . .

Learn the Mythical Handshake to greet your mythical friends and neighbors.

Special thanks to Julie Siegrist (The Pheonix)  for the illustration, based on the original concept and demo video by K-Mod Kevin (UniSeal).

I'm calling this one.  Second place is awarded to Cary (NC) with 6 shakers. Special mention also to Midland (TX) and Sofia (Bulgaria) with 4 shakers each.

Based on the video and photographic evidence submitted by host and participants of various MythiCon events posted at MythiCon 2016 - - PICS & VIDEO SHARESPACE or elsewhere in the Kommunity or across the world wide web, the Kommunity and World record book entry goes to . . . (drumroll) . . . 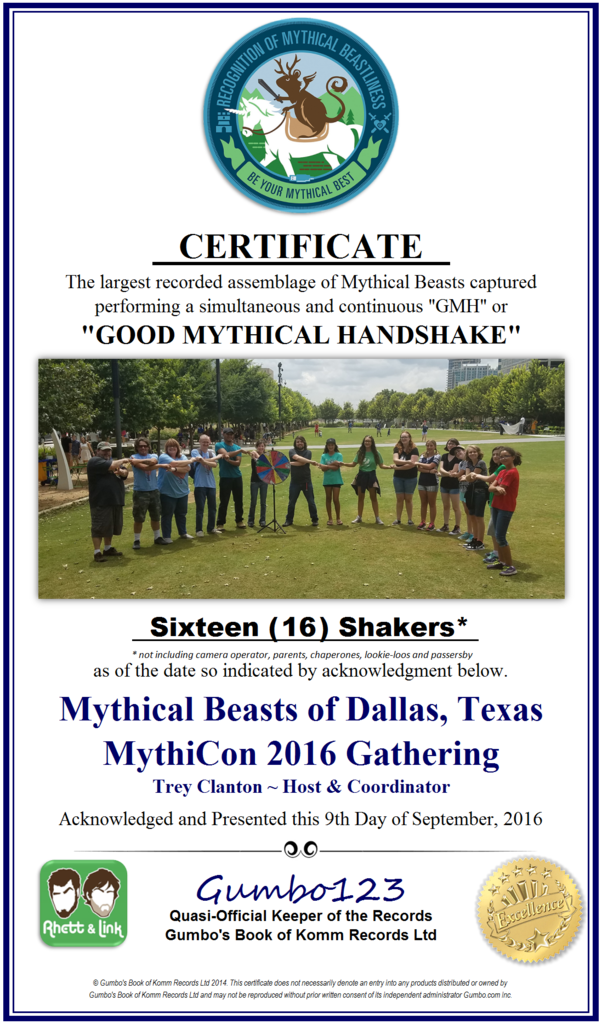 Although there were upwards of 30 in attendance at some time during the event (and likely more who shyly and quietly passed by the assembled loonies) not all were gathered at the time this image was captured. 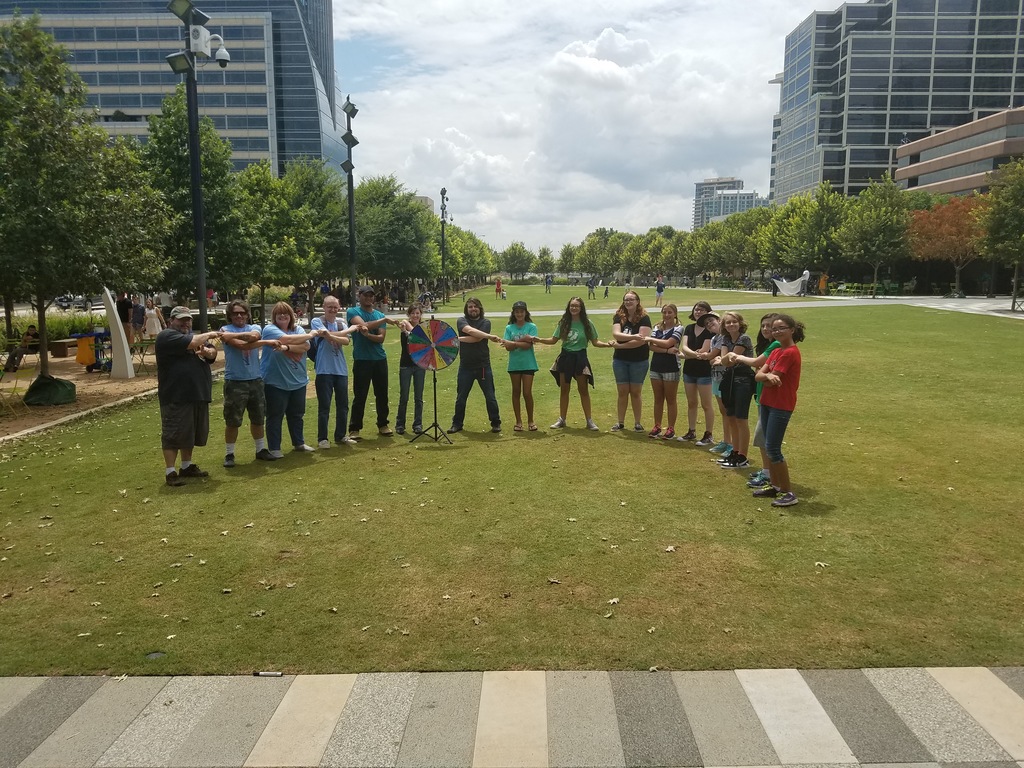 Comment by Heidi (The Karma Owl) on June 19, 2016 at 2:46pm
Is there a list of people that are hosting and where they are placed in the world? (Looking for someone in the Oslo, Norway area)

Comment by SeltayUniverse on June 7, 2016 at 5:14pm
Great ideas!!! Can not wait to get back from my vacay to see all these things in august.

Also taking applications for any notable activity or meritorious mythical accomplishment for inclusion in the next edition of Gumbo's Book of Komm Records.

You can nominate any praiseworthy Mythical Beast (even yourself) at > > >

All submissions should be Kommunity / Rhett & Link oriented.

Rulings of the Judge's Kommittee will be final.